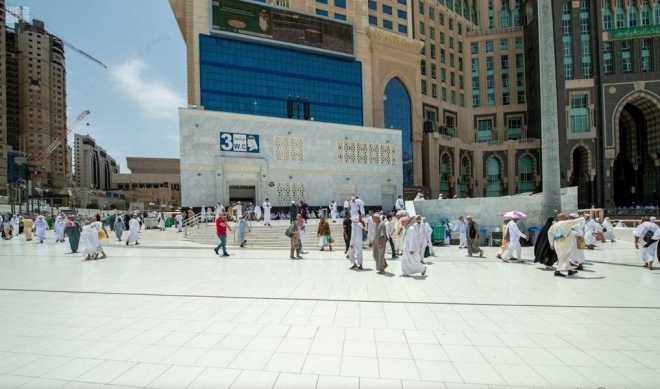 RIYADH: A project to add more than 3,000 meters square of courtyard space near to the Grand Mosque in Makkah is almost complete, Saudi Press Agency reported.

The extension to the area will help control the movement of crowds near the mosque, the General Presidency for the Affairs of the Two Holy Mosques said. The work is 85 percent complete, the statement said.

The project, which is due to be completed at the end of this month, aims to increase the capacity of the Grand Mosque and its surrounding courtyards to provide the best service to Hajj and Umrah pilgrims, deal with crowd control, and ensure the safety of visitors.


⇐ Previous:
Madinah museum showcases over 2,000 rare artifacts
Next: ⇒
Makkah honors designer of ‘gateway to the heart of Islam’