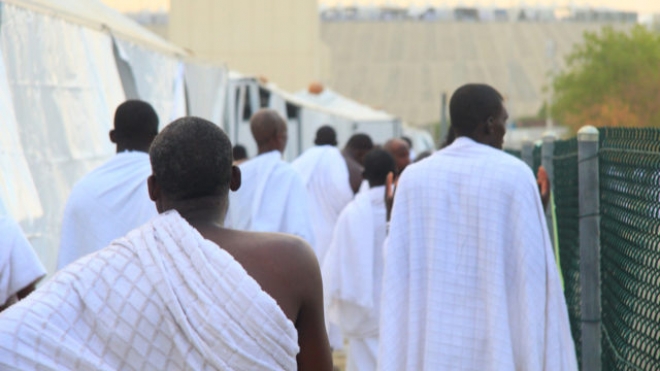 This year’s airlifting of hajj pilgrims to Saudi Arabia with local airlines has caused disagreements as some of the airlines have accused the National Hajj Commission (NAHCON) of sharp practices.

The allegation followed NAHCON’s denial of entry rights to private airlines into Saudi Arabia, coupled with alleged reallocation of traffic volume from a Nigerian carrier to its foreign counterpart.While NAHCON has declined comment on the allegations, the Federal Ministry of Transportation has waded into the matter, clarifying that the commission has no powers to bar airlines from entering Saudi Arabia.

Nigerian flag carrier and one of the two local airlines designated for this year’s hajj, Med-View Airlines, complained that NAHCON reviewed its approved traffic quota in favour of Flynas, a Saudi Airline,

In a petition to the Presidency, Med-View said the idea of forcing a foreign airline on them amounted to economic sabotage and a clear negation of Federal Government’s local content policies.

Also, NAHCON allegedly banned private carriers from Hajj operations, with a letter written to Skypower Express to that effect on executing charter services from Kano to Saudi Arabia recently.

Managing Director of the carrier, Captain Mohammed Joji, said the move amounts to usurping the responsibility of the Federal Ministry of Transportation.

“NAHCON has been breaking the laws all along and people have been keeping quiet. NAHCON has no business in how an approved carrier airlifts pilgrims. Saudi Arabia recognises only two institutions in Nigeria when it comes to hajj operations; Ministry of Foreign Affairs and the Nigerian Civil Aviation Authority (NCAA). NAHCON has no business with charter operators.“The ministry warned them about his interference. The foreign affairs and NCAA can overrule you. Also, they took Med-View airline’s pilgrims to Flynas when we have Air Peace with Boeing 777-300 here. That is capital flight,” Joji said.

However, the Ministry of Transportation, in its letter signed by Director of Legal Services, S.S. Liman, rebuked the commission, stating that it misrepresented the Bilateral Air Services Agreement (BASA) between Nigeria and Saudi Arabia.The letter stated that NAHCON has no right to ban airlines from charter services during hajj operations.


⇐ Previous:
Efforts to reduce next year's hajj costs
Next: ⇒
Umrah Forum and Exhibition kicks off on Monday