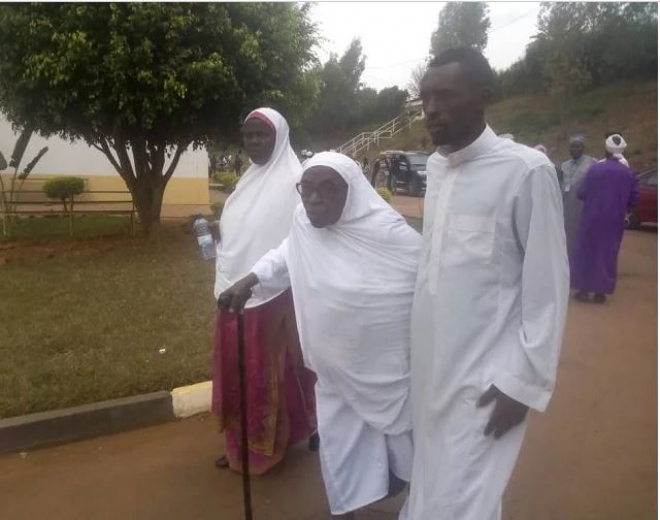 Since her youthful age, she heard of stories of Mecca commonly known as Islam’s holiest city, as it’s the birthplace of the Prophet Muhammad and the faith itself.

She dreamt to conduct the famous, Hajj, an annual pilgrimage that is recommended amongst the five pillars of Islam but for the last seventy years, she tried and failed mainly because she could not afford the budget which stands at Rwf 3 million today.

This year, her dream came true after a court ruled in her favor in a family land wrangle. The court awarded her a piece of land which had been in dispute for decades.

She was in need of money, but when she sold the land, she got the money which was barely worth the ticket to the Saudi Arabia city, she said; “I cannot settle for less.”

On July 28, when she boarded Rwandan carrier – Rwandair on July 28 she told KT Press; “I am yet to celebrate. Let me first reach the Holy Land.”

Alongside 83 other compatriots including 47 women and 37 men of all age, Mukanduhura returned back home safely on August 25 with all praises to God – Allah who allowed her to fulfil her dream.

“Would I die today, I will go a very happy old woman since I realized my biggest dream of life,” she said.

The Mecca pilgrimage involves quite millions of pilgrims from across the world, a very challenging environment for the elderly, case of Mukanduhura.

“We had done enough preparation to avoid any incidence, and thanks to God, each and everyone respected all instructions while at Mecca. So, we returned safely,” Sheikh Djamil Murangwa, one of the heads of this delegation told KT Press.

For Mukanduhura however, “returning to Rwanda was not really a concern. My wish was to just reach Mecca, period.”

Sheikh Nshimiyimana Swaleh, the deputy Mufti of Rwanda told the returning pilgrims “never to take it for granted because many people had that dream, but were not fortunate to make it.”