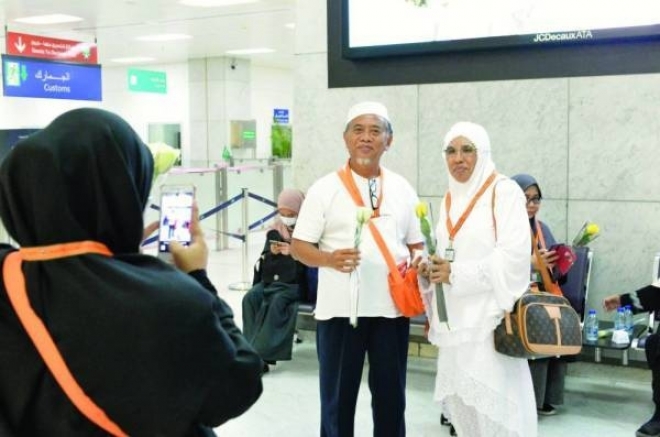 JEDDAH — The first Umrah flight this season landed at King Abdulaziz International Airport in Jeddah on Sunday coming from Malaysia carrying the first batch of the Umrah pilgrims for the new season which will continue until after next Ramadan.

The pilgrims were accorded a traditional welcome with roses and Zamzam water which they appreciated.

Abdulaziz Wazzan, undersecretary of the Ministry of Haj and Umrah for the affairs of the Umrah, said a number of various electronic services being extended by the ministry have facilitated the procedures of obtaining Umrah visas.

He explained that the visas were being electronically issued in close collaboration with the Ministry of Foreign Affairs and the National Information Center of the Interior Ministry.

Wazzan said through the e-portal of the ministry, the pilgrims will be able to review the services to be provided to them and will subsequently choose the service provider so as to sign an agreement with him.

"The ministry has completed all its preparations aimed at enabling the pilgrims to do their Umra rituals in ease, peace and comfort," he added.

He expected the number of the Umrah pilgrims this season to reach about 10 million against seven million last year.