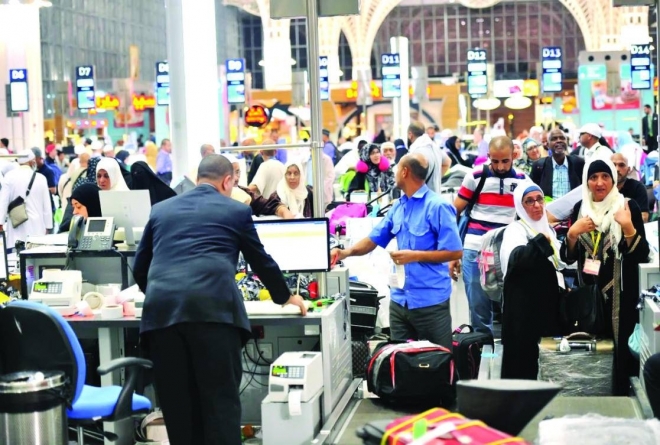 MAKKAH — About 1.5 million foreign pilgrims have left for their respective homes while as many as 271,910 still remain in the Kingdom, according to the Ministry of Haj and Umrah.

The ministry said a total of 233,827 pilgrims are still remaining in Madinah to pay homage to Prophet Muhammad (peace be upon him) and pray at his mosque while 38,083 are staying in Makkah.

All foreign pilgrims should leave the Kingdom by Muharram 15 (Sept. 14) when the Haj will be officially declared over.

The ministry said it has already started making preparations for next year's Haj.