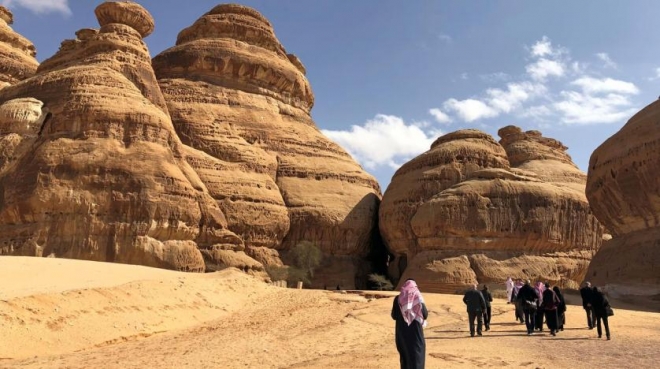 According to a report by (MAS) Tourism Information Research Center – Saudi Commission for Tourism & National Heritage – travelers spent 78.4 million nights outside the kingdom in July and August, dropping 4.6 percent compared to 2018.

During this period, they spent approximately SAR16.4 billion (USD4 billion) that is a 5.9 percent decline compared to the summer vacation of last year.

Inbound tourism to Saudi Arabia increased significantly over the past two months - at the time of the summer vacation and the Hajj season - reaching 3.2 million passengers, compared to 3 million for the same period in 2018.

Inbound tourists spent more than 56 million nights in Saudi cities over the past two months, compared to 52.9 million last year for the same period, during which they spent nearly SAR36.2 billion, compared with 33 billion in 2018.

According to the MAS indexes, domestic tourist traffic increased from January to August 2019 to reach 30 million trips, an increase of 3.4 percent over the same period last year, and a total of 156.5 million nights compared to 156.2 million nights. Tourism spending also rose to SAR33.8 billion in 2019 compared to SAR31.3 billion last year.

The report, also, revealed that the number of travelers outside the kingdom during the period from January to August 2019 decreased by 5.8 percent compared to the same period last year to 4.4 million passengers.

The Saudi figures come with procedures and structural changes in entertainment and tourism in the country. During the summer season, Saudi Arabia witnessed a surge in tourism, including in the city of Jeddah, Taif, and in the mountains of Al-Souda( in the southern city of Abha).


⇐ Previous:
Holy Kaaba is washed
Next: ⇒
SR300 for multiple visa with one year validity