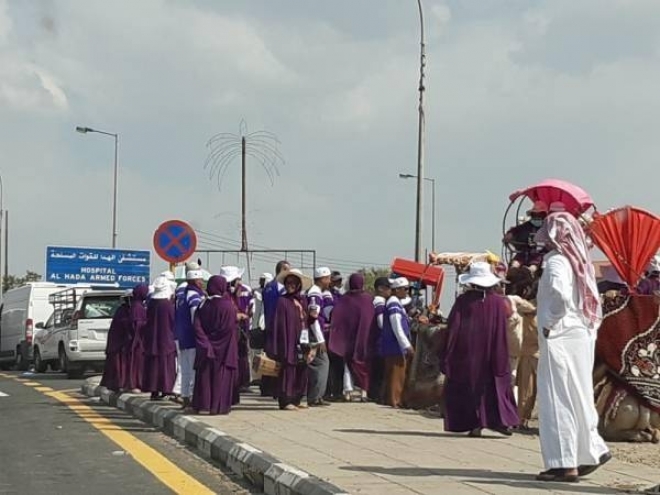 MAKKAH — Pilgrims from all over the world who had gathered here for the Haj this year opted to visit Taif, Jeddah and other nearby cities once their pilgrimage was over. But most pilgrims from five countries were found to be keen to spend every possible minute in the vicinity of the Grand Mosque even three, four weeks after completing their Haj rituals.

Authorities have allowed pilgrims to move outside the areas of the Two Holy Mosques to get themselves acquainted with the landmarks and peculiarities of different regions surrounding the two holy cities of Makkah and Madinah.

With the Haj season getting over this week (Muharram 15), it was revealed that several pilgrims from India, Indonesia, Pakistan, Turkey and Iran opted not to move out of Makkah so as to go for sightseeing or to buy souvenirs for their relatives and friends back home.

These pilgrims remained in Makkah till the last moment before traveling to Madinah and then departing to their respective countries.

Barakat Amin, one of the pilgrims, said for most of the pilgrims it is once in a lifetime opportunity to be in the vicinity of the Two Holy Mosques and other holy sites. “Why waste time. We should be devoting all our time to pray and supplicate in the Grand Mosque. Who knows whether we are going to come back here again or not,” he said.

Pilgrims also make sure to visit religious sites in Makkah province before leaving for Madinah. In doing so, they ensure that they are able to perform all obligatory prayers in the Grand Mosque itself.


⇐ Previous:
Over 7000 Holy Qur’an copies available in Mataf
Next: ⇒
Tourism in Saudi Arabia Yields $9.6B in Two Months