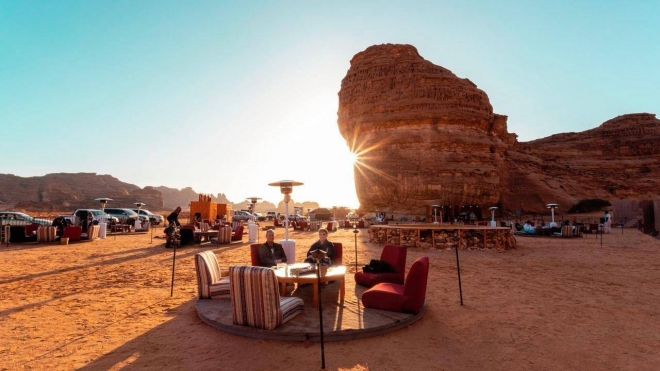 RIYADH – Saudi Arabia will start issuing tourist visa from Saturday, Sept. 28, according to Ahmad Al-Khatib, chairman of the board of directors of the Saudi Commission for Tourism and National Heritage (SCTH).

“The electronic tourist visa will be issued within a record time of seven minutes and the beneficiaries of the visa include tourists from 49 countries,” he said.

Okaz/Saudi Gazette has learnt that the total cost for a multiple re-entry tourist is SR440 for a period of one year, and this includes SR300 government fee plus charges for health insurance, tax and transaction fee.

Tourists will be allowed to stay in the Kingdom for a maximum of 90 days during the year during which they can enter the Kingdom multiple times. The validity of one year will be counted from the date of issuance of the visa.

Women, unaccompanied by male relative, will be allowed to perform Umrah through this visa. There is no need for the applicant to mention his religion while applying for the visa. However, non-Muslims will not be allowed to visit Makkah and Madinah.

Al-Khatib said that SCTH will start a promotion campaign for the tourist visa in 14 capitals around the world, including London, New York and Burj Khalifa in Dubai.

Speaking to local media persons in Riyadh on Thursday, he announced the establishment of a tourism development fund in the Kingdom as part of the Saudi tourism strategy to cope with the new development requirements that the Kingdom aspires to achieve within the Vision 2030.

He also announced the establishment of a tourism development council, which consists of several ministries including the Ministry of Interior, and other bodies linked to tourism and entertainment.

Al-Khatib said that the General Directorate of Passports (Jawazat) has provided training to its personnel on the working mechanism of tourist visas and they are professionally ready to receive tourists from countries all around the world.

SCTA is set to announce on Friday the launch of the new tourism strategy with the opening up of the Kingdom’s horizons to tourists from all over the world. Al-Khatib will unveil details of the strategy in a press conference, to be held in Riyadh’s Diriyah.

The commission said in a statement that the strategy reflects the keenness of the wise leadership on achieving the Kingdom’s Vision 2030, with upgrading the tourism sector, which is a key driver in the economic diversification, and this will be keeping pace with the new development requirements that the Kingdom aspires to achieve.