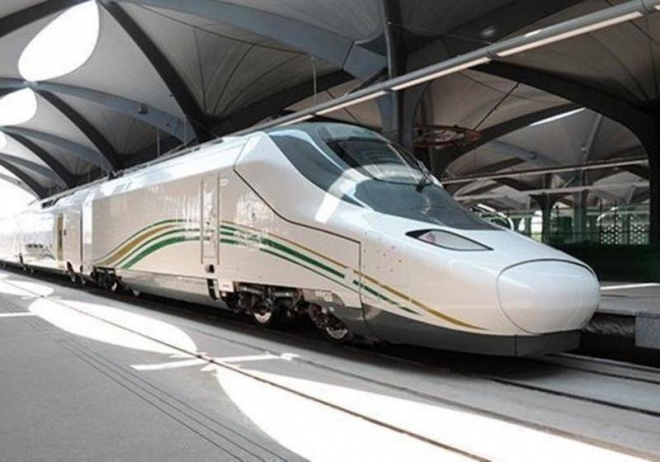 JEDDAH — Minister of Transport and Chairman of the Board of Directors of the Saudi Railways Company (SAR) Dr. Nabil Al-Amoudi announced on Tuesday that the Haramain High Speed Train would resume its service within 30 days, using the new King Abdulaziz International Airport (KAIA) Station to serve the residents and visitors of Jeddah.

The train will operate between Makkah and Madinah via the KAIA and King Abdullah Economic City of Rabigh. The train service had been suspended on Sunday following a massive fire that struck the rail station in Sulaymaniyah district of Jeddah.

The Saudi government has ordered the setting up of several committees to probe into the causes of the massive fire that engulfed the Haramain High Speed Rail station in Sulaymaniyah district in Jeddah on Sunday.

The findings of the panels will be presented to Custodian of the Two Holy Mosques King Salman, Emir of Makkah Khaled Al-Faisal said while inspecting the effects of fire at the station on Monday.

Al-Amoudi said that all the concerned agencies are giving top priority for the directives of the King and the Crown Prince to provide the most efficient and best services to the pilgrims and visitors for their travel between Makkah and Madinah.

“This was clear and obvious when they shouldered the responsibility of putting out the fire,” he said while thanking all those who took part in battling the blaze, including the Civil Defense, Aviation Security and the Red Crescent as well as support teams from Saudi Aramco, the Air Forces and General Authority of Civil Aviation.

Al-Amoudi and other high ranking transport and railway officials had accompanied Prince Khaled, Deputy Emir of Makkah Prince Badr Bin Sultan and Jeddah Governor Prince Mishal Bin Majed when they visited the railway station on Monday to inspect the damage caused in the fire.

A total of 11 people were injured in the blaze that erupted at 12:35 p.m. on the roof of the fourth floor of the station building with huge palls of smoke seen billowing into the air, darkening the morning skies above the station.

It is worth mentioning that passengers and employees were evacuated immediately after the fire alarm sounded from 12:05 p.m. onwards on Sunday.

The early warning systems contributed to the safety of everyone effectively, although the fire lasted for 15 hours that mainly concentrated on the roof of the station.

The fire protection systems inside the station and fire-proof doors have insulated other floors of the station, providing protection for the first, second and third floors in addition to the basement, which houses most of the control and operation systems.

The fire also did not reach the rail tracks or power systems of electric rail, and this will make restoration of the services easier and also allowing for the High Speed Rail to pass by the damaged station.

The Civil Defense forces, with the support of helicopters, had to battle for long hours to put out the fire. Several units of the Civil Defense in the Makkah region had swung into action to extinguish the fire and evacuated the people trapped inside the station.

The security forces used choppers equipped with water tankers to quell the blaze.