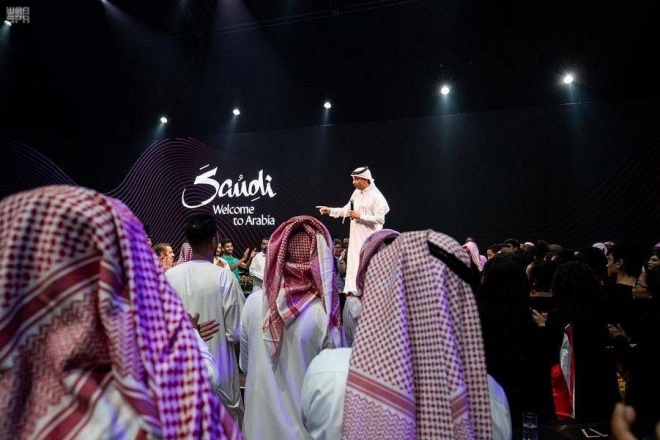 JEDDAH — It is now possible for those wishing to visit the Kingdom on tourism and discover its landmarks to come to Saudi Arabia any time throughout the year.

The granting of tourist visas comes within the Kingdom’s plan to create one million jobs and reach 100 million tourists by the year 2030.

Among the most important features of the Saudi tourist visa, is the visa holder can benefit from it in performing Umrah, women need not be accompanied by a male relative, other than in the Haj season, and there is no need for a sponsor (kafeel) the way it is required for work visas.

In this regard, the Saudi Commission for Tourism and National Heritage (SCTH) has announced, while simultaneously marking the World Tourism Day, that the Kingdom has begun granting tourist visas to all wishing to visit the Kingdom’s regions from different parts of the world.

They can get their visas manually via the Kingdom’s representative offices abroad (embassies, consulates, etc.) and electronically without preconditions for 49 nationalities, including Europe, Asia and America.

In an interview he gave to Al-Arabiya satellite TV channel, chairman of the SCTH Ahmad Bin Aqil Al Khatib said: “The Kingdom is celebrating the inauguration of the tourist visa for all visitors from all over the world. We look forward to tourism becoming the main source of income and a machine for creating many jobs for Saudis.”

Also the tourist visa does not exclude any tourist due to his religion or belief. The tourist can make multiple visits during the year, provided each visit does not exceed 90 days.

The ambassador of the World Travel and Tourism Council (WTTC) Gerald Lawless said that the Saudi decision would raise the Kingdom’s Gross Domestic Product (GDP) by 3 to 4 percent because the world tourism market is growing at a rate exceeding 5 percent annually.

The announcement of the Saudi tourist visa, also witnessed the signing of contracts in the fields of real estate, food, utilities and services, worth over SR100 billion.

The representative of the Triple Five Group conglomerate Christos Marafatsos said the announcement of the Saudi tourist visa is important news for tourism companies in the world. The Saudi market provides a big opportunity and opening it to 49 nationalities makes the Saudi market one of the best destinations.

These tourist visas come within the Saudi plan to create one million jobs and reach 100 million tourists by the year 2030. Among the most important features of the Saudi tourist visa, is that the visa holder can make use of it in performing Umrah.

As for women, they do not need to be accompanied by a male relative, other than during the Haj season, nor do the visa holders need to have a sponsor (kafeel), the way it is required for other visas.