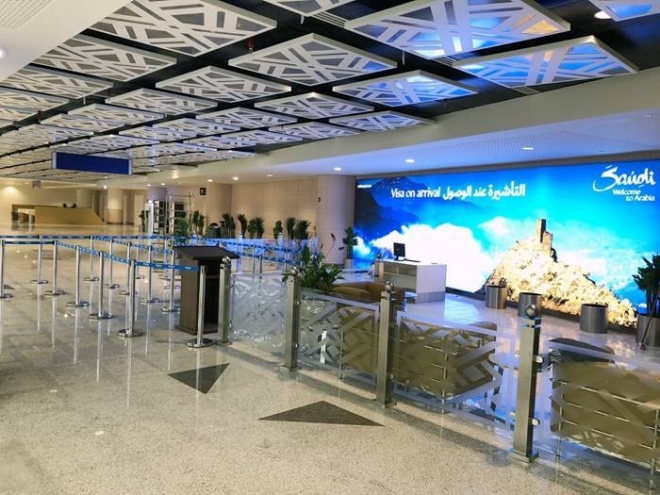 JEDDAH — The General Authority of Civil Aviation (GACA) continues receiving tourists from all over the world through offering them a package of services at its four airports, which are the main ports for receiving tourists.

This comes following the Kingdom’s opening up of its doors to international tourists for the first time, with launching the electronic-tourist visa for 49 countries from Sept. 27 onwards.

Visas have until then largely been restricted to Haj and Umrah pilgrims, business people and expatriate workers.

The moves to open up tourism is central to the wide economic reform program of Crown Prince Muhammad Bin Salman that aims to reduce the Kingdom’s dependence on oil revenues, besides diversifying the sources of income.

At these airports, GACA has made available waiting lounges equipped with the necessary infrastructure, including electronic services, multilingual guide boards; various types of tourist visa tracks, including those for first class and business class passengers as well as for GCC citizens.

The airports have been allocated designated areas for Saudi Commission for Tourism and National Heritage (SCTH) to provide support and guidance for tourists at airports.

These areas are provided Internet services at the arrival lounges as part of improving and developing the experiences of visitors; upgrading facilities and services; and easing procedures of visitors to the Kingdom.

These facilities coincide with the Kingdom’s decision through the announcement of SCTH to launch electronic-tourist visa, where the airports are one of the most important engines of the national economy and one of the potential aspects of diversifying the sources of income from the tourism sector.

More information about the tourist visa related procedures could be had from the media center of GACA or its Twitter account @ksagaca or on phone No. 00115253076.