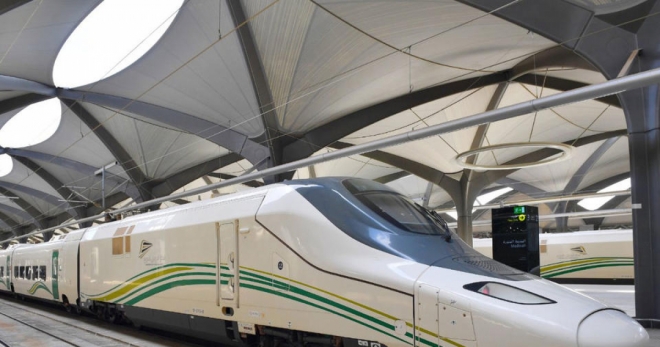 The Haramain high-speed rail network will resume operations within 30 days after being forced to halt services because of a fire that took place on Sunday, according to media reports.

The fire happened at one of the network’s main stations in Jeddah, leaving 11 people injured, according to Arabian Business.

The report added that the Saudi Government has ordered committees to be set up to investigate the cause of the blaze.

The findings will be presented to King Salman, according to Makkah’s Emir, Khaled Al-Faisal.

Additionally, Minister of Transport and chairman of the board of directors of the Saudi Railways Company (SAR), Dr. Nabil Al-Amoudi, was quoted as saying that Saudi authorities are focused on providing the best possible services for pilgrims and other travellers using the railway for their trips between Makkah and Madinah.

“This was clear and obvious when they shouldered the responsibility of putting out the fire,” he said.

The railway runs 450 kilometres via Jeddah and operates at speeds of up to 300 kilometres per hour.

King Salman inaugurated the railway in September 2018. At the time, it was described as the biggest transportation project in the region.