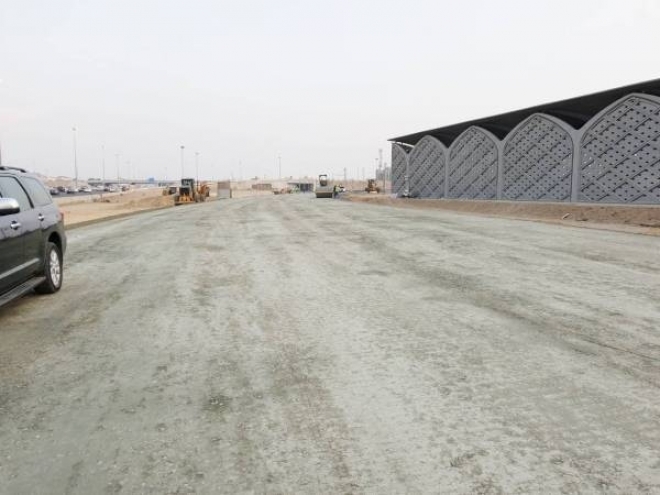 JEDDAH — Around 90 percent of the work of the new temporary track of the Haramain High Speed Rail, with a length of 1.5 km, has been completed. Speaking to Okaz/Saudi Gazette, sources said that the new track would not pass through the Haramain rail station in Sulaimaniyah District that was partially burnt in a fire last month.

On Sunday, Al-Rajhi Consortium, which implemented the civil and infrastructure of the track, handed over the major portion of the track while Al-Shoula Consortium started installing columns of electrical grid and connecting the track to the power grid. It was Al-Shoula Consortium, comprising of two Saudi and 12 Spanish companies, which implemented the contract to supply railway systems and rolling stock for the Haramain Train Project while Al-Rajhi Consortium executed the civil work.

Massive fire at the station on Sept. 29 temporarily suspended movement of the trains on the Makkah-Jeddah-Madinah route. The fire did not reach the rail tracks or power systems of the rail, and this will make restoration of the services easier.

Minister of Transport Dr. Nabil Al-Amoudi said earlier this month that all restoration work will be completed in 30 days and the rail traffic will be brought to normal in due course of time.

The train would resume its service, using the new King Abdulaziz International Airport station to serve residents and visitors of Jeddah. Immediately after the fire, Al-Shoula Consortium has started constructing a detour for the rail route to resume train trips between Makkah and Madinah.

The government has ordered the setting up of several committees to probe into the causes of the massive fire that engulfed the Sulaimaniyah station. The findings of the panels will be presented to Custodian of the Two Holy Mosques King Salman, Emir of Makkah Khaled Al-Faisal said after inspecting the effects of fire at the station a day after the tragedy.