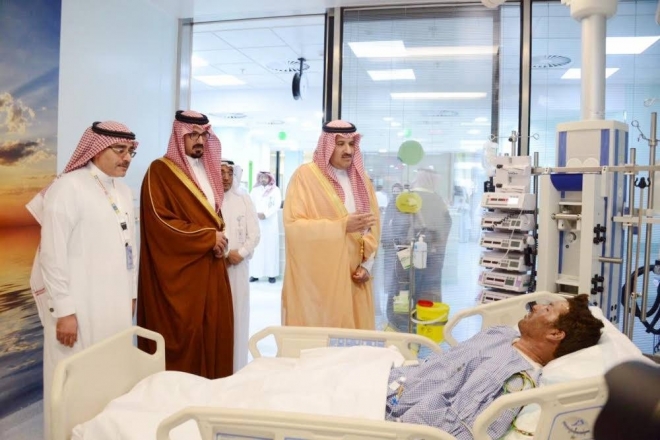 There are four expatriates admitted to King Fahd Hospital in Madinah, and they include two Pakistanis — Akbar, and Zainab Nizam and one Yemeni — Yassir Ahmed Moqbil while the fourth one has not yet been identified.

Prince Faisal inquired about their health condition, which is reportedly stable. The emir has ordered to facilitate the procedures for their kin to serve and support them during their period of treatment.

He also instructed to the medical team to make them available the best healthcare and transfer any of the injured to a specialist hospital if required.

Dr. Abdul Hameed Al-Sobhi, director of health affairs in Madinah, said that all the dead bodies are kept in the morgue of Meeqat Hospital.

“The passengers sustained 50 to 70 percent burn injuries and two of them are undergoing treatment in intensive care unit of the hospital,” he added.

Thirty-five expatriate Umrah pilgrims were burnt to death in a horrific traffic accident on Hijrah Road near Madinah on Wednesday evening.