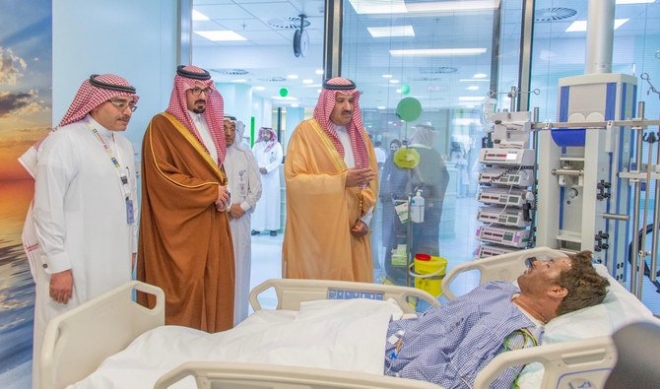 MADINAH (Rahnuma): Prince Faisal bin Salman bin Abdul Aziz, the governor of Madinah, visited the city’s King Fahad Hospital on Thursday to check on the progress of four pilgrims who were injured in a bus crash that killed 35 people near Al-Akhal on Wednesday.

The prince, who was joined by his deputy, Prince Saud bin Khalid Al-Faisal, wished them a speedy recovery. He spoke medics about the patients’ conditions, and stressed the importance of following up on their care and referring them for specialized treatment if needed. Prince Faisal also ordered arrangements to be made to host the families of the injured people while they recover.

The dead and injured were foreign nationals traveling on a bus that collided with a “heavy vehicle” on Hijra highway.