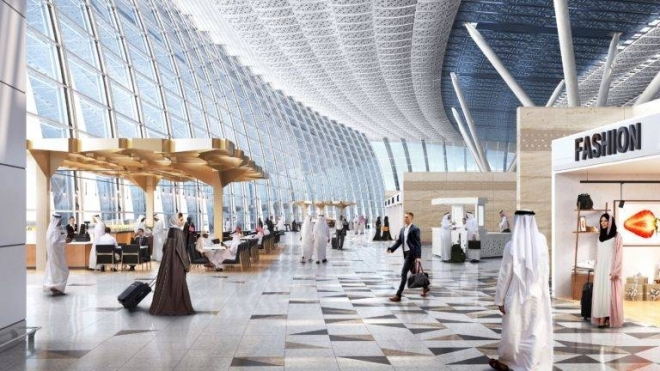 JEDDAH — The third phase of the relocation of Saudia flights from the old King Abdulaziz International Airport to the new Jeddah airport will begin on Nov. 3, local daily Al-Watan reported on Tuesday quoting informed sources.

The phase will include flights to and from Athens, Rome, Frankfurt, Geneva, Munich, Milan and Vienna.

The sources said the fourth phase will begin in mid-November and will cover such destinations as Dammam, Qasim, Cairo, Khartoum, Kuwait, Nairobi and Beirut.

The fifth phase will begin on Dec. 10 and will consist of flights to Ankara, Tunisia, Johannesburg, Delhi, Mumbai and others.

According to the sources, the sixth and final phase of shifting Saudia flights to the new airport will begin on Dec. 20 and will cover a number of destinations including, among others, London Lahore, Washington, Jakarta, Colombo, Madrid and Manilla.

The rest of the local flights will begin Mid-November and will be Dammam-Qasim while the sector of Madinah-Riyadh will be on Dec. 10.

The new airport had earlier begun operations via its Terminal No. 1 to the airports of Alexandria, Amman and Sharm El-Sheikh bringing the local destinations to 21 and the international ones to seven.

The relocation of Saudia flights from the old airport to the new one will be gradual until the end of 2019 after which the national carrier will begin its long distance hauls to Europe and America.

Other flights by foreign companies will begin from the new airport by the year-end to be completed by the end of the first quarter of 2020.

Flights from Terminals 1 and 2 will start later and will continue until the airport has reached its maximum capacity of 100 million passengers annually.