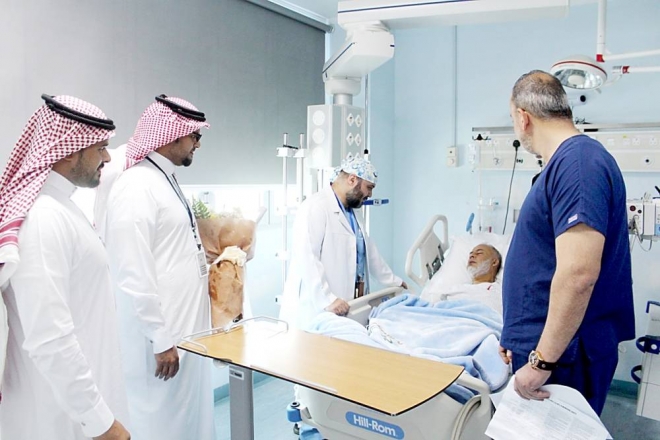 MADINAH – A British national underwent an urgent heart procedure here after he complained of severe chest pain during his visit to the Prophet’s City.

The 62-year-old British tourist was brought to the Heart Diseases and Surgery Center here after suffering from acute pain in the chest. A medical team, which attended to the patient immediately, diagnosed a clot in the heart vessel.

An urgent heart catheterization conducted on him revealed a blockage in the right artery. The medical team placed a stent and opened the artery immediately.

The British man is in the Kingdom on a tourist visa. He arrived here several days ago.

The center said that the patient was in a stable condition. He has now been shifted to a ward from the Intensive Care Unit (ICU) to be discharged after completion of normal medical procedures and ensuring his safety.