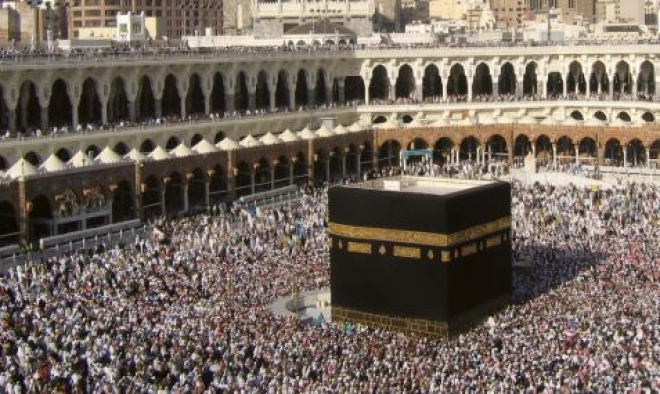 Saudi Arabia has announced a nearly six-fold rise in visa fee. The move is likely to make Haj pilgrimage costlier than before. According to reports, a single entry visa will now cost $533, up from $93, a multiple entry, 6-month visa would cost $800 and a one-year visa would cost $1,333.

The revised visa fees affect all tourists, religious or business visitors, butexempts those travelling for the first time to perform the annual Haj pilgrimage or the lesser, non-mandatory pilgrimage known as the Umrah, media reports pointed out.

The pilgrimage involves considerable costs for visitors, especially for transportation and lodging, a Quartz Africa report said. The plan, which was based on a recommendation from the Saudi Ministries of Finance and Economy, came intoeffect on October 2 and coincided with the beginning of the new Islamic year, it added.

The new rules are seen as part of a wider campaign to lessen the kingdom’s dependence on oil and to increase revenues in other areas, including immigration fees, it said. Saudi Arabia, which is the biggest oil producer in the world, has been significantly impacted by the falling oil prices.

In September, the Saudi government announced it would cut the wages and allowances of civil servants for the first time. It came against the backdrop of the prolonged war in Yemen that SaudiArabia has been engaged in.

The move to increase the fees could be very significant for the kingdom, given that millions of Muslims undertake the pilgrimage to Mecca and Medina every year, the media report said. The move has incensed many Muslim countriesor those with a large Muslim population,it said.

In India, the filing of applications for next year’s Hajj pilgrimage have already started from October 10 and will continue till 10th of November. The only difference is that the process has become completely digital. A system has beendeveloped to provide E-visa to all pligrims and application can also be submitted through mobile application.

“People can apply online for Hajj 2020 from October 10 till November 10. Applications for Hajj can also be be filed through a mobile application,” Naqvi said. The minister said Hajj Group Organisers (HGOs) can apply on an online portal from November 1 to December 1. Naqvi said GST on Hajj pilgrimage was reduced from 18 percent to five percent this year, which ensured that more than Rs 113 crore were saved by the pilgrims during the Hajj in 2019.

“Accommodation in Madina had also been taken on 100 Saudi Riyal less in comparison to the last year which resulted in savings of 3,000 per Indian pilgrim,” he said.

Naqvi said a record number of 2 lakh Indian Muslims went to Hajj this year through more than 500 flights from 21 embarkation points across the country. These pilgrims included about 48 per cent Muslim women.

“A total of 2,340 Muslim women from India also performed Hajj this year without ‘Mehram’ ((husband or a male first blood relation as guardian). For Hajj 2020, women who will apply without ‘Mehram’ will be exempted from the lottery system,” he said.

Naqvi said while 1.4 lakh Hajj pilgrims went through Hajj Committee of India, 60,000 such pilgrims performed thepilgrimage through Haj Group Organisers (HGOs).“More than 2.67 lakh applications were received for Hajj 2019 whichincluded about 1.65 lakh online applications. For Hajj 2020, online applications will be encouraged. Hajj Committee will also organise awareness programmes in this regard,” he said. Replying to a question, Naqvi assured that people inKashmir would also be able to applyonline easily.

Moroccan travel agencies, meanwhile, have agreed to boycott servicing the trips to Mecca until the exorbitant fees were abolished, the report said, adding Turkey, Egypt, and Nigeria have all expressed their opposition to the new plan. Muslims in South Africa started a petition calling the visa fees “inhumane”, and asked the Saudi government toeither scrap the payment or to drastically reduce them.

Yusuf Abramjee, the secretary general of the council of Muslim theologians in South Africa said that the community understands that “the state of the global economy is one of the reasons” pushing the Saudi government to take these measures, the media report said.

“But again, you cannot go and profit from pilgrims. It is wrong. Our religion forbids that.” So far, he said, communication with the Saudi government hasn’t been forthcoming. “All the calls for clarity have gone on deaf ears,” Abramjee was quoted as saying. The number of people who can perform the haj aredetermined by a Saudi government quota, and has been dwindling over the last few years due to a mix of expansion plans, or to limit diseases like MERS, a respiratory infection, or Ebola.

How much does a visa cost?

A single entry visa will now cost $533, a sharp increase from the earlier $93, a multiple entry visa, 6-month visa would be $800 and a one-year visa would cost $1,333. Visas can be applied online before the trip or on arrival using electronic kiosks before immigration, and the government says the applications will be processed in less than 30 minutes.

How long are visas valid for?

Tourist visas are valid for a year and allow multiple entries, with amaximum stay of three months per visit.

What is there to see in Saudi Arabia?

Saudi Arabia has 1,760 km of nearly untouched coastline along the Red Sea that’s ripe for development — standing in stark contrast with the resorts of Egypt, Israel and Jordan that have been peppered along the waterfront for decades – and could make an unlikely winter sun destination for Brits. Hundreds of billions of dollars are already earmarked for creating luxury beach resorts on 50 semi-autonomous islands, intriguingly expected to be exempt from the Kingdom’s usual rules, and for developing an eco-powered smart district called Neom that will extend across the border into Jordan and Egypt.

The archaeological site of Madain Saleh, built by the same ancient civilisation that carved Petra out of Jordan’s sandstone cliffs to the north, promises to be the Kingdom’s biggest historical draw, though it’s not scheduled to open to the public until October 2020, nearly a year after the visa launch.

A desert retreat designed by the Pritzker Prize-winning architect Jean Nouvel is expected to open in 2023. Near the capital of Riyadh, an entertainment city the size of Las Vegas, complete with a Six Flags theme park, is in the works, and the historical port town of Jeddah has a blossoming arts scene and an architecturally significant historical core that’s worth exploring.