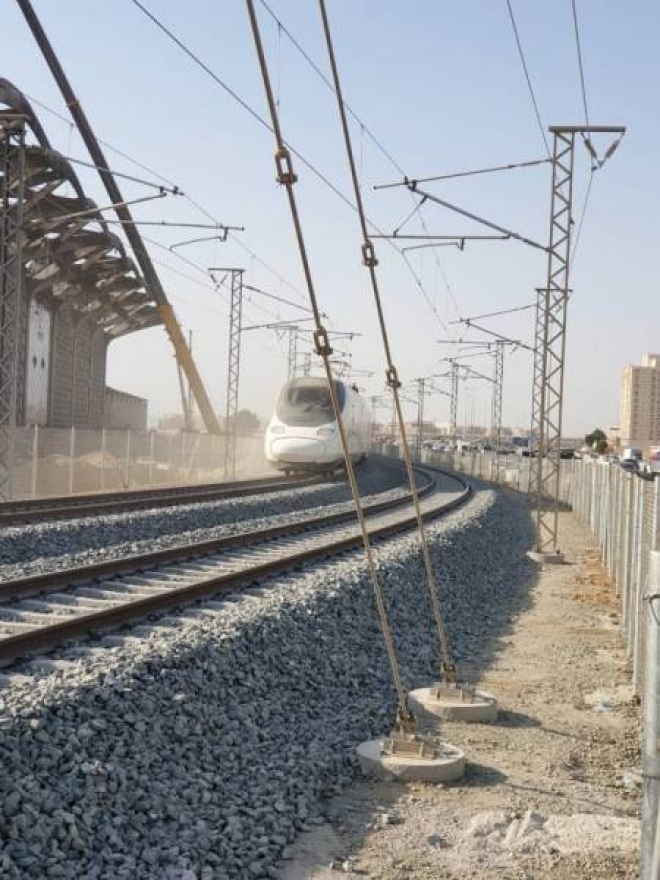 JEDDAH — The Haramain high-speed train network, which was hit by a huge fire at Jeddah’s Al-Sulaimaniyah station in September is expected to resume train trips between Makkah and Madinah via the railway station at the new King Abdulaziz International Airport on Wednesday, informed sources have said.

They said the Minister of Transport, Saleh Al-Jasser, who is the chairman of the board of directors of the Saudi Railway Company, will be among the passengers.

The sources said the train is now completing its experimental operations for the public safety after the civil works and the basic infrastructure of the new route has been completed following the fire at the main station in Al-Sulaimaniyah District.

The new double-track route which the train is now using is 1.5 km.

The sources said the train has actually started test run trips from Makkah to the railway station at the new King Abdulaziz Airport in Jeddah carrying a number of technicians.

The Al-Rajhi Consortium has completed the civil works and the basic infrastructure and handed them over to Al-Shula Consortium which made the rail extensions and the electricity networks.

Sources said the track is now ready for the experimental operation of the train.

The crew to drive the train, the navigators and the workers at the railway stations are all qualified Saudi cadres who have been trained according to the highest international standards.