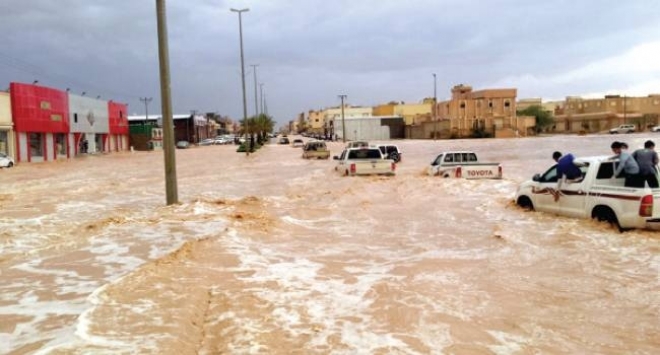 JEDDAH — The General Authority of Meteorology and Environmental Protection has predicted rains in various parts of the Kingdom while the Civil Defense has asked citizens and expatriates to be cautious while venturing out.

The Civil Defense noted that many people were availing the advent of winter with moderate climate to go out picnicking and asked them to stay away from the bottom of the valleys and the flood passes, reports in local media said.

According to the Civil Defense so far there are no information about deaths, injuries or trapping of people and vehicles but said people should be very careful to avoid camping in the valleys or going out under the rain.

According to the weather agency, there was moderate to heavy rainfall on a number of regions including Makkah, Madinah, Jeddah, Taif, Tabuk and other towns and cities.

Spokesman of Civil Defense in Makkah, Col. Saeed Sarhan, urged citizens and expatriates to heed the warnings of the weather department, to stay in safe places and to keep a careful watch on their children.

The authority also warned against active surface winds which may stir dust and lower visibility especially in Najran and Sharourah.

According to the weather forecast issued by the authority, more rains are expected in Hail, Qasim, Al-Jouf, Riyadh, Baha, Asir and the Eastern Province.