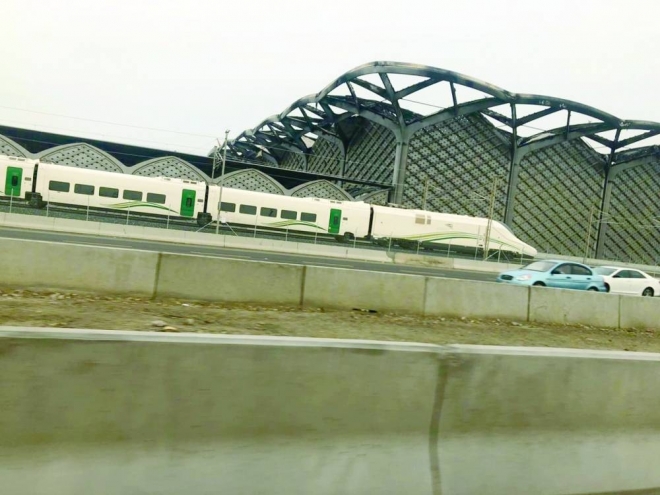 JEDDAH — For the first time, Haramain train chugged in at the railway station of the new King Abdulaziz International Airport here on Monday. The experimental trip was meant to ascertain the readiness of all the utilities of the station and the control room so as to start train trips between Makkah and Madinah on regular basis.

The train trips were suspended for about 50 days following the fire which burnt down the Jeddah railway station at Sulaimaniyah District.

Al-Madina newspaper quoted informed sources as saying that the management of the project began test run trips last week to ensure that the substitute rail track, which was built to the east of the Jeddah station, was ready.

Sources expected the management to announce the resumption of the trips in the coming few days.

Minister of Transport Saleh Al-Jasser recently made an inspection visit to the substitute track which was built after the fire that destroyed the railway station.

He directed that the station be renovated and refurbished as quickly as possible so that the train would resume its normal trips from Makkah to Madinah via Jeddah and King Abdullah Economic City in Rabigh.