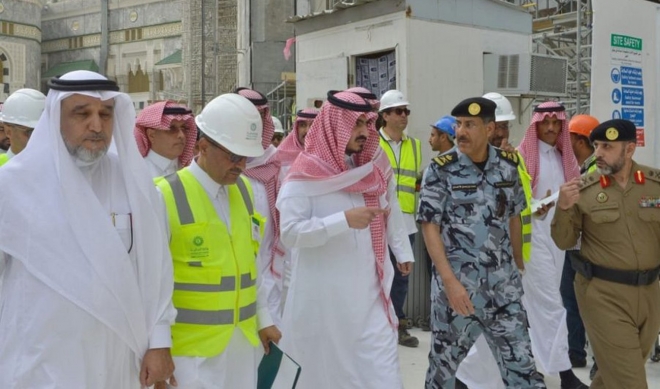 MAKKAH: Makkah Deputy Gov. Prince Badr bin Sultan presided over a meeting to discuss the latest developments related to the third expansion of the Grand Mosque, which is being carried out by 5,000 workers.

During a field inspection, Prince Badr was briefed on the artworks of Bab Al-Umra and construction work at Bab Ismail, which will be completed before the Hajj season.

He also inspected the works of the mosque’s old corridor and arches. Fourteen of its 38 arches have been completed so far, and the rest are expected to be completed before the next Ramadan season.