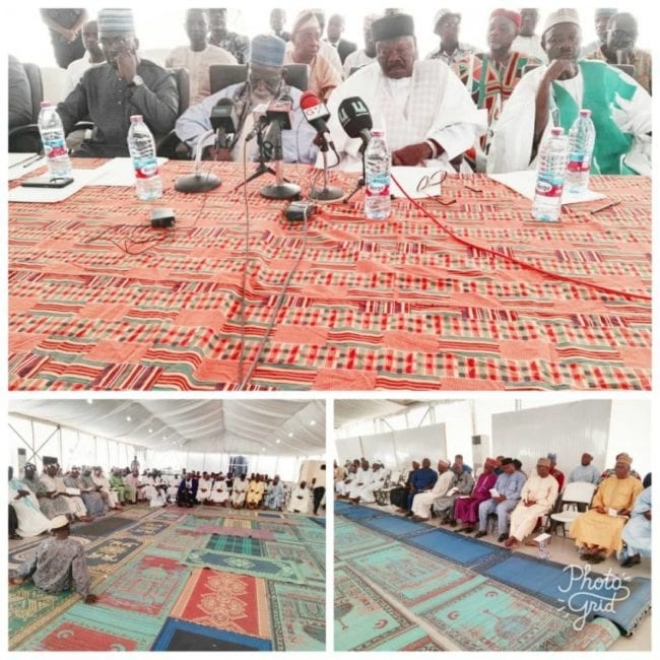 In order to make 2020 Hajj pilgrimage flexible for Ghanaian Muslims, the government has announced its decision to absorb all increment in spite of a decision by Saudi authorities to increase visa charges for the 2020 pilgrimage by some $80.

The unsubsidized Hajj Pilgrimage fare is GH¢24,000 but the Ghanaian government pays a GH¢4,500 subsidy for all pilgrims.

Pilgrims who paid ¢19,500 to fulfil the fifth pillar of Islam last year will pay the same amount this year too.

Chairman of the Board, Sheikh I. C. Quaye, made this known at the Hajj Village where a thanksgiving service was held for a successful 2019 Hajj.

The announcement in the presence of the National Chief Imam Sheikh Usmanu Nuhu Sharubutu and other Muslim dignitaries.

According to Sheik Quaye, the decision to cushion the pilgrims was arrived at when the Hajj Board met with the Vice President Dr Mahamudu Bawumia.

This he said, the issue of debt overhang has been one that has over the years bedevilled previous Hajj Boards, a phenomenon the current hajj plans to change.

“We hope to end our tenure without any debt overhang even though we inherited huge debt from our predecessors,” he stated.

Stressing that, the current Hajj board is committed and will continue to supervise a hajj that will be characterised by credibility as it has been done since 2017 with support from the welfare endowment.

Sheikh I. C Quaye however, commended President Akufo-Addo for putting measures in place to ensure a backlog of some 452 prospective pilgrims who could not travel although they paid their monies in was cleared in 2017.

However, all interested to perform the hajj this year, are advised to start payments now to avoid any last-minute problems. The policy for payments remains first-come-first-serve. The deadline for payment of 2020 Hajj pilgrimage fares is 31st March 2020.