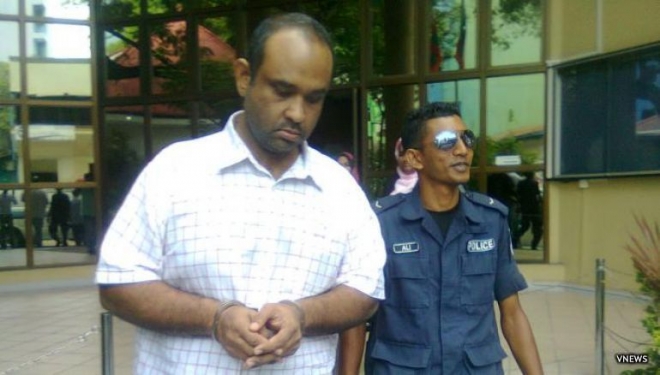 Ismail Abdul Latheef, owner of the Maleesha Hajj Group, was convicted on Thursday of defrauding dozens of people who paid the company in 2012 to perform the pilgrimage in Saudi Arabia.

Maleesha took more than MVR8 million (US$518,800) and failed to reimburse customers who were not taken to perform the Hajj, according to the verdict. The company’s disgraced owner was found guilty based on documentary evidence and witness testimony.

The defrauded customers were later able to perform the pilgrimage after the state covered their expenses.

Latheef was reported to police in September 2012 after people who made payments realised that the group’s office had been closed for days without any response or notification.

An Interpol red notice was issued in October and Latheef was arrested by Sri Lankan police from the Mount Lavinia Hotel in Colombo.