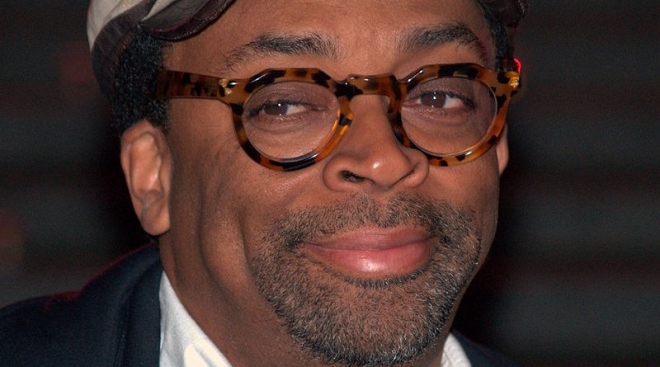 On Saturday, renowned US director and filmmaker Spike Lee sat down with excited guests at the inaugural ON. DXB — an event dedicated to film, gaming, music and video — in Dubai’s Studio City. During the jam-packed headline talk, Lee opened up about his ancestry (Cameroonian-Sierra Leonian), dream projects (a Babe Ruth and Joe Louis biopic) and offered his expert tips and advice to budding filmmakers from the region (“Tell your story. Write what you know and know what to write.”)

During the panel talk, Lee also opened up about filming the 1992 drama “Malcolm X” in Makkah.

The multi-award-winning production, which depicts the life of the revolutionary African-American activist, was the first film in history to be granted permission to shoot in the holy site.

To create the sequence in which Malcolm, portrayed by actor Denzel Washington, fulfills his life-changing pilgrimage to Hajj, an all-Muslim movie crew was hired and given permission to bring their cameras into the city.

“It was a long talk with the highest Islamic court,” shared the iconic filmmaker. “They recognized who Malcolm X was and we had to hire a Muslim crew to shoot the footage for it,” he revealed.

Non-Muslims are not allowed to enter the site.

The location footage included hundreds of thousands of pilgrims circling the Kaaba. The rest of the Hajj scenes were filmed in another location, Cairo, using a replica of the Makkah.

“We’ve shot in Makkah, we shot in Cairo and we finished the film in South Africa, where the late and great Nelson Mendela ends the film, so I definitely have an interest in coming back to the motherland,” he said.

Lee, 62, made his film debut with “She’s Gotta Have It,” a provocative 1986 feature that told the story of the liberation of a young black woman named Nola Darling. Since then, he’s made over 20 films, including “Inside Man,” “Do the Right Thing” and “Bamboozled.” In 2018, he released a new movie, “BlacKkKlansman,” that earned him his very first Oscar.

Did you enjoy this article? Then please consider donating today to ensure that Eurasia Review can continue to be able to provide similar content.