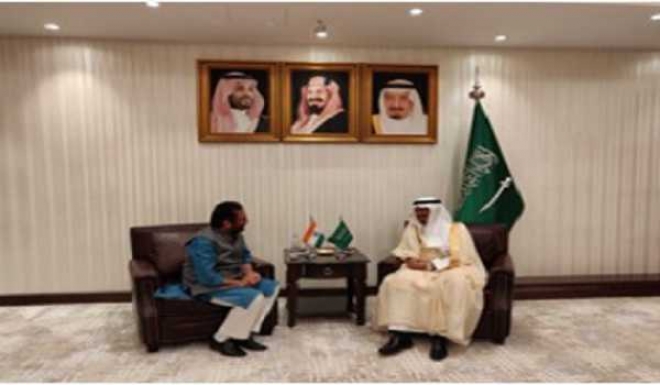 Jeddah, Dec 1 (UNI) India has become the first country to make the entire Haj 2020 process 100 per cent digital, as the country signed a bilateral agreement in this regard with Saudi Arabia on Sunday.

Apart from this, a Health Card is being provided to Indian pilgrims to create and maintain the complete health database of Indian pilgrims along with doctors’ prescriptions, medical treatment as well as medicine disbursals, has been developed to deal any emergency in Makkah-Madinah.

Naqvi said that digital pre-tagging of baggages will ensure the Indian pilgrims will get information in India itself about building along with the room allotted to the pilgrims and transportation like details of bus to be taken by the pilgrims after reaching to the airport in Saudi Arabia.

Naqvi said that Haj Group Organisers (HGOs) have also been connected with 100 per cent digital system which has ensured transparency in their functioning and it has also ensured better facilities to Indian Haj pilgrims. For the first time, a portal of HGOs—http://haj.nic.in/pto/ (Portal for Haj Group Organisers) has been developed which contains all the details of HGOs, their packages etc.

Naqvi said that making the entire Haj 2020 process 100 per cent digital has helped in providing better facilities to people going for Haj and ensured transparency by eliminating middlemen.

In 2020, a total of 2 lakh Indian Muslims will perform Haj that too without any subsidy.