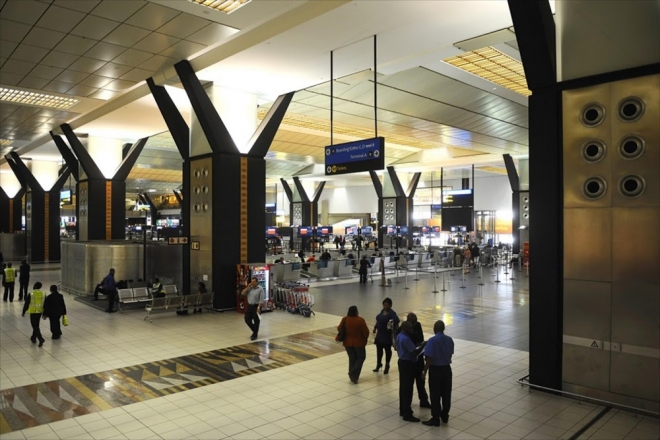 There’s been a spike in baggage tampering incidents at SA’s biggest airport, OR Tambo International in Johannesburg, since August, with perfume being the thieves’ favourite target.

“Security procedures were adapted with some initial success, but countering baggage tampering is an ongoing challenge that we, as the airport community, are continuously working towards finding a resolution to,” said Betty Maloka, the airport’s senior manager of corporate affairs.

Among those measures is a ban on “airside” staff carrying “perfume in any shape or form”.

Asked why it is not possible to erect cameras to monitor every bit of the baggage journey, Maloka said the baggage handling system and loading areas are covered by “several hundred CCTV cameras”.

“The security protocols and processes for the in-terminal baggage handling system are extensive, strict and monitored at all times,” she said.

“Once checked in, bags are not touched until they reach the area where they are loaded on to wagons.”

“It is an unfortunate reality of all criminal activity that even the best systems and most rigorous monitoring can, on occasion, be breached. The airport environment is not immune to criminal activity, in spite of the systems in place.

“It is, of course, very frustrating when the system is breached. We investigate every incident and change processes where necessary.”

Passengers are asked to do their part by adhering to baggage rules by not putting “valuables” in bags that will be loaded into the cargo hold, Maloka said.

Traditionally, “valuables” have been defined as electronics, such as laptops, cellphones and cameras; jewellery and cash, but fragrances are clearly now part of that definition.

Passengers are also urged to report all incidents of pilfering, “so that we can investigate”, Maloka said. That includes incidents where bags were penetrated and rummaged through, but nothing was stolen. It also ensures that the airport’s pilfering statistics are accurate.

During 2018, the airport received 311 reports for 9,56 million bags processed, an incidence of 0.003% or one in 30,736 bags, which is far less than the global standard. Clearly that number would be higher if every incident was reported, including those in which nothing was stolen.

Asked what additional measures have been introduced for the festive season, when baggage tampering incidents peak sharply, Maloka said “additional law-enforcement resources” have been allocated.

“For example, the airport’s baggage reaction unit will be supported by resources allocated by the SAPS, there will be more random searches of permit holders working both airside and landside, and more surprise security checks around aircraft during loading and unloading.”

Christmas presents are a target for baggage thieves in December and should be packed in carry-on cabin baggage, if possible.

As zips are a weak point, it’s advisable to lock and wrap check-in suitcases.