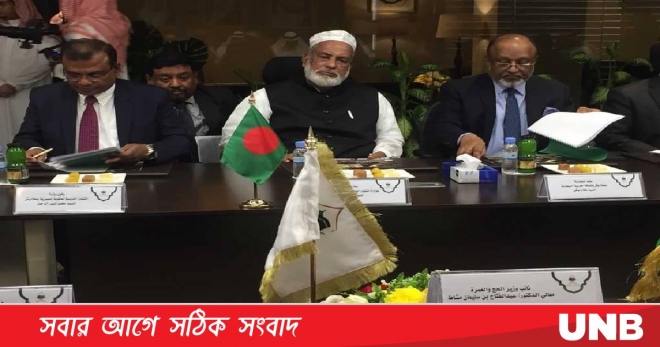 “The Hajj management will be improved further in 2020 for which the support from the Saudi government is imperative,” the state minister said during a meeting with the chairman South Asian Haji Service Agency (Moassassa) Dr. Rafat Ismail Badr at its office in Makkah on Wednesday.

The state minister called upon Moassassa to make the Hajj pilgrimage easier for Hajis who are guests of Allah.

Chairman of Moassassa Dr. Rafat Ismail Badr assured the state minister of all-out support in this regard.

Sheikh Mohammad Abdullah emphasized on arranging the facility where Hajis can lodge their complaints online during Hajj besides improving the transport system in the meeting.