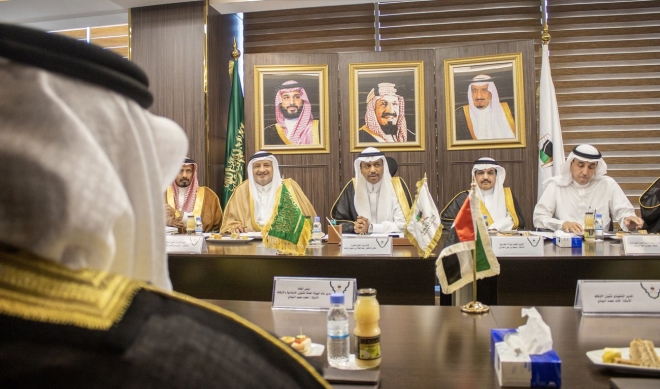 MAKKAH: Deputy Hajj and Umrah Minister Abdul Fattah Mashat received in his office in Makkah on Tuesday the director general of the General Authority for Islamic Affairs in the UAE and his delegation.

The meeting came within the framework of early preparations for the next Hajj season, including coordinating arrangements for pilgrims and services provided for them.

During the meeting, issues of common interest related to Hajj were discussed, at the forefront of which were the facilities provided to pilgrims and easy completion of their procedures.

Then an official meeting was held to discuss arrangements and early preparations to serve pilgrims from the UAE. Subsequently, Mashat and the director general signed an agreement for Hajj arrangements.

In a press statement after the signing, Mashat stressed the Saudi government’s keenness to serve pilgrims.

The director general thanked the Saudi government and all those in charge of the Hajj system for their great efforts.

“We see excellence and advancement in the Hajj management system and by Saudi human cadres,” he said.

“We wish them all the best, and we in the UAE are part of this system and a partner in the service of pilgrims.”