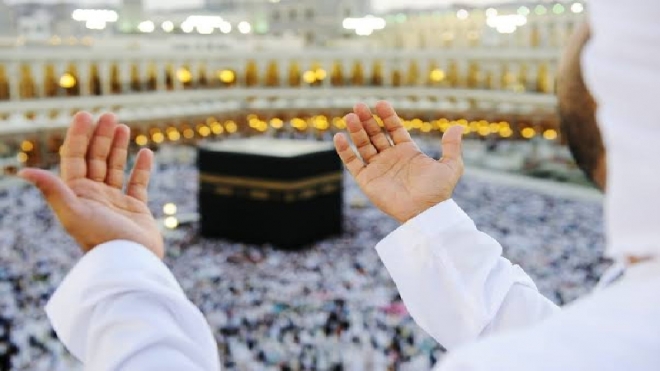 A disgruntled client of New Heights Travel says he is unsatisfied with the answers given by company director Fazila Malek, who has failed to refund clients for umrah trips that did not materialize. VOC News has learnt that many mu’tamireen parted with their money, but due to changes in the visa system, the operator cancelled the trips in September this year.

On 18 October 2019, a letter by the company’s attorneys was circulated on social media, essentially apologising for the delay in refunds to clients of the travel agency. The letter issued stated that the delay in providing the refund is due to reasons “beyond our control”. The deadline for the refunds has surpassed and some clients feel they have no substantial answer on when their monies will be reimbursed. The South African Hajj and Umrah Council (Sahuc) has since issued a travel advisory cautioning people from booking with New Heights Travel and Tours.

Mr Rafiq Saville, one of the aggrieved clients who was unable to go on Umrah despite paying for his trip, spoke to VOC and provided some context to the situation.

“We made all the necessary arrangements and made the required payments well in advance… then the first (1st) Muharram came and we heard an announcement made by the Saudi Ministry that this year the booking format would be changed and that all arrangements would need to be done via the online portal…From what I understand, when the agents accessed this online portal to do the bookings, not all the hotels had been loaded onto it so there was apparently a battle to get the bookings done in order for the tour operators to access the necessary visas.

I became quite concerned about this and made contact with New Heights, about a week prior to my departure, to enquire as to their progress. I was told that at that particular stage they had been suffering lots of frustration in trying to get the bookings done because the hotels they had made arrangements with had not been loaded onto the new system. The hotels needed to be booked via this online portal but were not there for them to book – so in order for them to get the visas issued, there was a need to book two or three star accommodations via the online portal in addition to the accommodation that they had booked prior.

So, in other words, my understanding was that people who had booked a five star hotel would need to re-book a two or three star hotel at additional costs in order to access a visa…”

Saville lamented the inefficient and costly process and referred to the entire situation as being unfair on clients. However, he did not blame New Heights for the issue and made mention of some of the agency’s efforts to be as fair as possible to their clientele.

“When I spoke with New Heights they mentioned to me that they, too, thought it was incredibly unfair and exploitative and that they would not participate in such a practice…I admired that approach,” said Saville.

“However, the downside was that there was no other way that they could get the hotels booked. By that time, quite a number of days had passed and they eventually got to the point where they had realised that they were not going to get anywhere in time to prepare the first lot of Mu’tamireen for their departure. It was then that New Heights had taken a unilateral decision to cancel all September Umrahs.”

Saville says that clients were given the option of either applying for a full refund of the costs incurred or postponing the trip to the month of October – by which time New Heights would presumably have expected the online portal to be fully updated and ready. Saville says he then “informed them of our disappointment and our decision to apply for the cancellation” but that no communication followed thereafter by New Heights, to his surprise and dismay.

However, after some attempts by Saville to further the application and communication, the company referred all future correspondence on the matter to Fazila Malek and provided her personal contact information. Saville says despite the slander and rumours, Malek was always responsive – even if she was unable to respond immediately.

“Despite all the reports I’ve heard where people claim Fazila was ducking and diving and not taking their calls, whenever I had called her she had always answered my calls. On the odd occasion where she didn’t respond immediately, she did return my calls. I’ve had the opportunity to speak with Fazila many times to get updates and so on.”

Unfortunately, despite Malek’s responsiveness with Saville, he still had no idea where his money was at the time of VOC’s interview with him.

Prior to Malek’s statements on air, there seemed to be significant confusion on Saville’s part as to why the money was not yet refunded and what money was already spent on the Umrah trip.

Saville explained that his “understanding was that hotels were paid for but that flights had not yet been paid for” and that he was still owed his visa expenses as those were not yet paid for either. However, Malek later clarified that while Saville’s understanding of the hotel expenses was essentially accurate for the most part, they couldn’t refund flight and visa expenses by clients yet.

Malek thought the money paid into the airlines would be refunded fairly quickly but has learned that the administration procedures with the airline are more complicated than anticipated and involve different contractual agreements which may stipulate that monies are forfeited in different situations.  However, Malek is working on gaining further clarity and receiving a full refund.

The money used to pay for accommodation in the Kingdom cannot, however, simply be deposited back into the travel agency’s account. Malek says that the hotels refuse to send money out of Saudi Arabia but are willing to keep the money spent on accommodation as credit for users in future.

“Up to now I’ve made a lot of arrangements to get the funds to the hujaaj – at no point was there any intention to withhold any money not due to me,” insisted Malek.

At this stage, Malek says she has made other arrangements to ensure that clients get their full refunds as soon as possible. Unfortunately, it will however take time to materialise and Malek cannot guarantee a date by which clients can expect their money back.

“I’ve made alternative arrangements but that administration is taking a bit of time because it’s not easy… but I am busy with that,” she said.

With all things considered, Malek assured clients waiting for their full refunds that they will not be robbed of their hard-earned money and will receive full amounts due to them. For now, it seemingly remains a matter of sabr (patience).