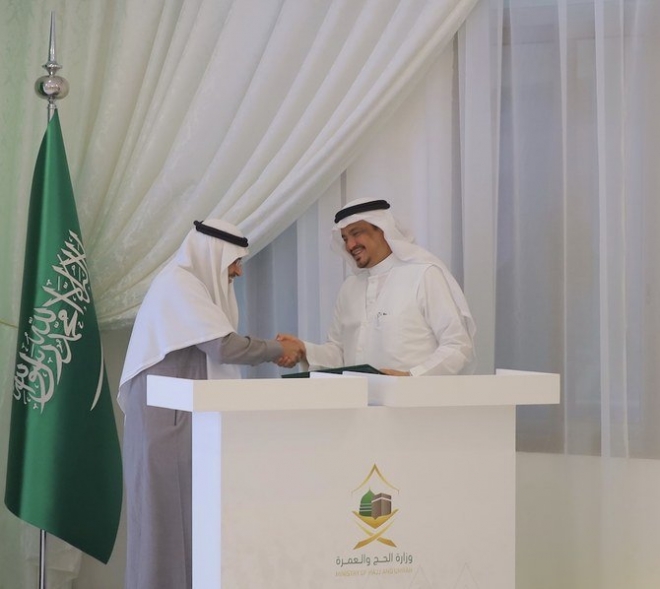 The signing took place at the Hajj and Umrah Ministry’s headquarters in Makkah. As part of the agreement, the ministry will provide health and other insurance services to pilgrims from the time they arrive in the Kingdom until they leave.

The insurance scheme comes as part of the Vision 2030 reform plan, which aims to enhance pilgrims’ experiences, said Minister Benten.

Tawuniya was tapped by the Hajj and Umrah Ministry in consultation with the Saudi Arabian Monetary Authority (SAMA) and the Health Insurance Council, he added.

The insurance will be linked to the visa as soon as the pilgrim arrives in Saudi Arabia, he said. There will be a hotline, and pilgrims will be served by teams who speak multiple languages.

Ayman Al-Arfaj, general supervisor of the ministry's media center, said the insurance will cost SR189 per person, which will be paid to the insurance company and will cover 30 days, the total stay of the pilgrim in Saudi Arabia.

He said that insurance will be unified for all pilgrims and will cover emergency cases, accidents and repatriation of the remains of pilgrims who die in Saudi Arabia. A pilgrim automatically gets insurance once the visa is issued.

Pilgrims in need of health assistance can avail themselves of the insurance benefit by presenting their passports at any hospital or clinic under the Saudi Ministry of Health or any private hospital and clinic accredited by the Health Insurance Council, Al-Arfaj said.

Abdulaziz bin Hadsan Al-Bouq, CEO of Tawuniya, which has been awarded the contract for four years, said the Kingdom is developing innovative methods to provide health services and reduce accidents at holy sites.

This project, he added, is supported by the Ministry of Hajj and Umrah and each insurance covers an amount of SR100,000 ($26,665) per person.

Al-Arfaj noted that since the start of the Umrah season in October, a total of 1,518,649 pilgrims have arrived in the Kingdom.