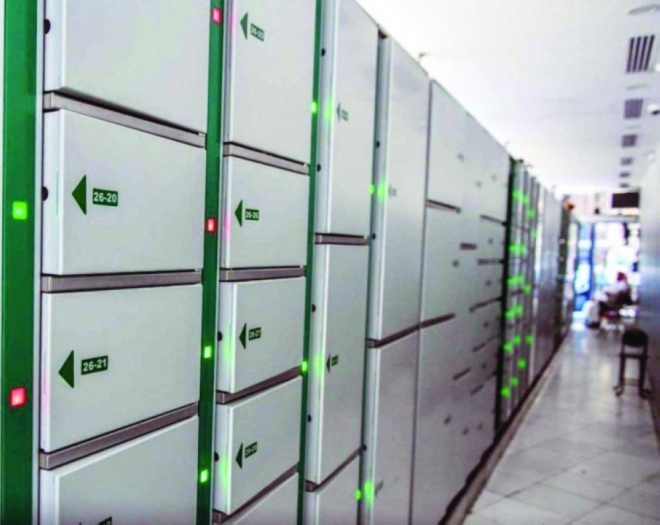 MAKKAH — The General Presidency for the Affairs of the Grand Mosque and the Makkah Municipality have agreed to set up safe deposit boxes on major roads leading to the Grand Mosque for the worshipers to keep their belongings which they cannot take with them inside the Haram, according to Makkah daily on Monday.

The presidency and the municipality have dismantled the deposit boxes which were placed in the Haram plaza so as to give more space to the worshipers and congregates.

According to informed sources, the presidency and the municipality have agreed on the locations of the boxes and have only now to put them in their places.

There were deposit boxes in the Haram plaza and near the bathrooms which have now been dismantled to facilitate entry and exiting of the Grand Mosque and to provide more space to the people to pray in the plazas.

The safe deposit boxes, which were equipped with surveillance cameras, were set up in seven locations which were near the King Abdul Aziz Gate, King Fahd Gate, Gate No. 73, Al-Shibaika staircase, Dar Al-Tawheed, Makkah Company and Al-Ghazah to the east of the Grand Mosque.

The presidency has also put a number of boxes to insert copies of the Qur'an in various sizes and languages at the Mataf area and the funeral prayer places.