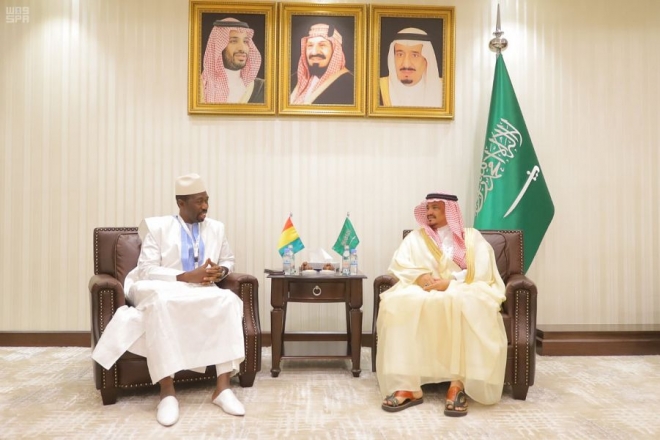 MAKKAH: The minister of Hajj and Umrah, Mohammed Saleh Benten, on Sunday received the Minister of Religious Affairs of the Republic of Guinea Ali Banjura at his office in Makkah.

The meeting took place to discuss preparations for the Hajj season, in the presence of the Deputy Minister of Hajj and Umrah Abdul Fattah Mashat.

Banjura signed arrangements to allow the arrival of pilgrims from Guinea to be organized through agencies participating in the pilgrims services system.

Benten confirmed the Kingdom’s readiness to receive pilgrims from Guinea using the plans and services developed by the state to facilitate the arrival of Muslims from around the world.

Banjura conveyed the greetings of the government and people of Guinea, praising the services provided by the Saudi government and the developments in the Hajj system, including the highly successful e-visas.


⇐ Previous:
Registration of pilgrims starts in Kyrgyzstan
Next: ⇒
Roads near Grand Mosque to have safe deposit boxes