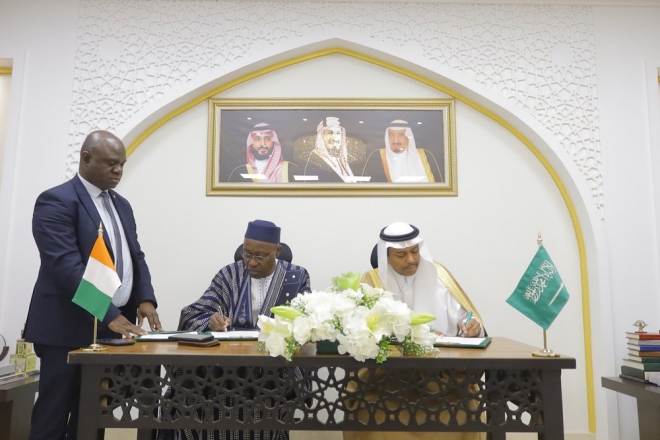 Deputy Minister of Hajj and Umrah Abdulfattah bin Sulaiman Mashat has welcomed the Ivory Coast’s General Director of Religious Rites Pampa Masamba, his Malian counterpart Ibrahim Jabbie, and other accompanying delegations at his office in Makkah.

Many issues of common concern in the field of pilgrims’ affairs were discussed during the meeting.

A ceremony was held to sign agreements with the representatives, to arrange all requirements for pilgrims during their stay in Kingdom to perform their Hajj rituals for 2020.

The delegations expressed their gratitude and appreciation for the great efforts made by King Salman’s government in preparation for the 2020 Hajj season, and for the keenness of the leadership and the entities serving the pilgrims to maintain their cooperation to achieve the great success achieved during the 2019 Hajj season.

Minister of Hajj and Umrah Mohammed Salih Bentin also signed several agreements on the arrangements for next year’s Hajj with Libya, represented by the head of the General Authority for Awqaf and Islamic Affairs of the Republic of Libya Mohamed Hamida Al-Abani.