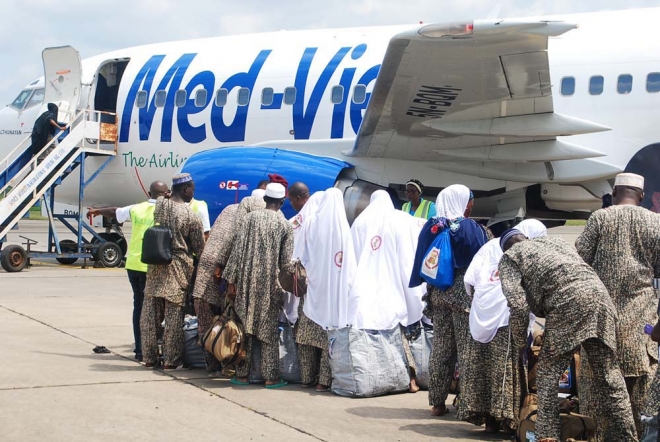 National Hajj Commission of Nigeria (NAHCON) has announced that the outbound flight of Nigerian pilgrims for the 2020 hajj exercise would commence on June 22, 2020.

NAHCON, in a statement by its spokesman, Fatima Sanda Usara, said the date was conveyed to the Nigerian authority by the head of the Saudi delegation, Engr. Mazin Bazhair, at a meeting with the General Authority of Civil Aviation (GACA) in Jeddah on December 9.

The statement also harped on the need for a speedy preparation by the stakeholders as scheduling of airlift slots would commence 40 days from the date of that meeting.

Usara similarly disclosed that the Saudi authorities had also introduced new policies in some sectors of the Hajj 2020 operations.

She revealed that during an e-track meeting held in Jeddah on December 15, the Ministry of Hajj and Umrah representative informed the NAHCON delegation that the Adhahi sacrifice, otherwise known as Hadaya, woud be integrated into e-Hajj with a standardised price to ensure that all pilgrims pay same amount globally.

Towards this end, Naqaba, a special office to improve the system together with the Ministry of Hajj and Umrah would oversee arrangements that would promote transparency in the operations and would be prepared to apply solutions to observed lapses.

She stressed that the Ministry of Hajj and Umrah and the Islamic Development Bank would collaborate and agree on a common price for the Hajj sacrificial animals, adding that all animals for the sacrifice must be sourced from animal farms genuinely observing safety measures in order to avoid any outbreak of disease.

During the e-track meeting it was also revealed that medical concerns would be taken care of by the Saudi government in the light of regulation that stipulated that clinics could not be opened in the Kingdom until Saudi Arabian Ministry of Health gives permission after due inspection.

A company that specialises in medical waste management would also be engaged to deal with that aspect of health care administration.