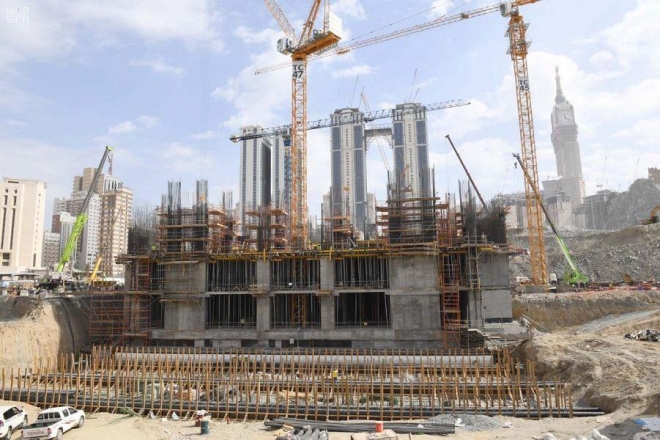 MAKKAH: The civic infrastructure of Makkah is developing at a rapid pace and with the completion of three development projects the city will get a fresh look as slum areas will be eliminated.
The first project focuses on developing the Al-Nakkasa and Al-Kadwa slum neighborhoods. The removal of expropriated properties, which started at the beginning of last year, has reached the fifth of 14 stages set up by development companies.
“The project will be completed in 14 phases. In the fifth stage, properties from Al-Nakkasa neighborhood are being removed,” said Jalal bin Abdul Jalil Kaaki, the official spokesperson for Makkah Region Development Authority (MRDA).
This project aims to reshape the urban environment — and according to a comprehensive plan that includes housing, transportation, facilities, public services and social, economic factors and entertainment.
The King Abdul Aziz Road is the second major project currently underway. It is more than 3km long and more than 3,600 properties have been removed for its construction.
“This road can accommodate more than 60 percent of the traffic coming to Makkah, which will ease the pressure on the Al-Haram area. It will also facilitate the movement of pilgrims and visitors to the Grand Mosque arriving or leaving Makkah as their number is expected to reach 90,000 visitors per hour during rush hours,” sources from the development company told Arab News, noting that “it will provide visitors with a variety of means of transportation including a bus network and Makkah’s metro, which will benefit about 5 million people yearly.”
The third project focuses on public transportation. It started with the 400 Makkah bus project, which will transport passengers from 500 stations and stops covering 300 km. Seven pedestrian bridges equipped with elevators for the elderly and people with special needs have also been built.