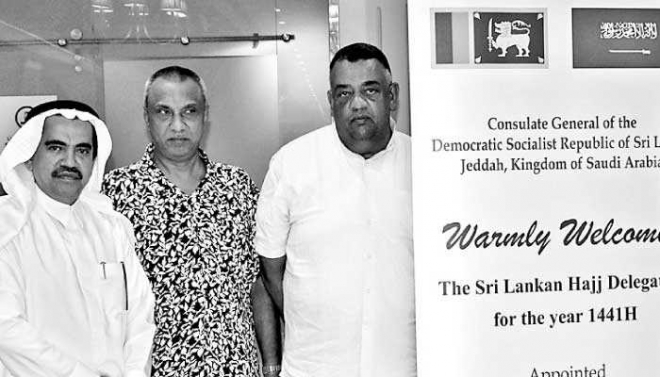 The performance of Hajj pilgrimage is obligatory on every Muslim adult male and female at least once in a lifetime, provided they are blessed with the ability to fulfil the same with financial capacity and good health. It takes place on the eighth to twelfth day of the last month of the Islamic calendar.

Hajj affairs of the pilgrims are attended to by the Government of Sri Lanka and the performance of Hajj is facilitated through a Hajj Committee appointed by the Minister in charge of the subject of Religious Affairs. This Committee takes the overall responsibility of ensuring that all the services related to enabling Sri Lankan Hajj pilgrims are satisfactorily managed.

A.C.M. Mowlana has been included in the internal committee in which the Heads of Mission in Riyadh and Jeddah are also members.

The key aspects of the Hajj Committee include negotiating with the Government of KSA to secure a reasonable quota for pilgrims for Sri Lanka, and liaise with all related authorities to ensure that the full service be given to every pilgrim, especially with regard to timely transportation facilities, and Mina and Arafat accommodation, and also medical facilities.

The members of the Hajj Committee who arrived in Jeddah on 23 December were accorded a warm welcome by the Consul General and his staff. The Chairman of the Committee emphasised that it is the intention of the State to grant a better service package and endeavour to drastically bring down the cost of Hajj by negotiating with KSA authorities, with the assistance of the Consulate General of Sri Lanka in Jeddah and the Embassy officials.

Speaking to the members of the delegation, the Consul General reassured that he and the members of his staff would extend every assistance to the Committee to achieve the aspirations of the Government of Sri Lanka and its people.