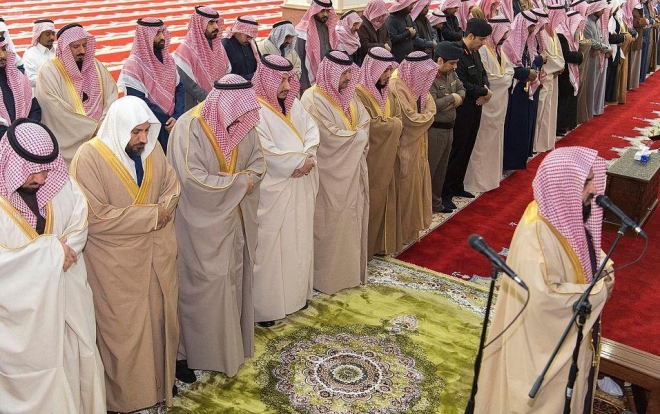 Muslims all over the Kingdom's regions performed this morning Istisqa (Rain-seeking) prayer in pursuit of the Prophetic Sunnah during drought and late rain, praying to Allah Almighty for rain-fall.

In Makkah, the prayer was performed at the Grand Holy Mosque and attended by Prince Badr bin Sultan bin Abdulaziz, Acting Governor of Makkah Region.

In Madinah, the prayer was performed at the Prophet's Holy Mosque and attended by Prince Faisal bin Salman bin Abdulaziz, Governor of Madinah Region.

The prayer was also performed in other regions and attended by Governors of Regions and senior officials.

In their sermons, the preachers urged Muslims on praying to Allah Almighty for repentance and forgiveness; doing good and charitable deeds; and supplicating for rain-fall.