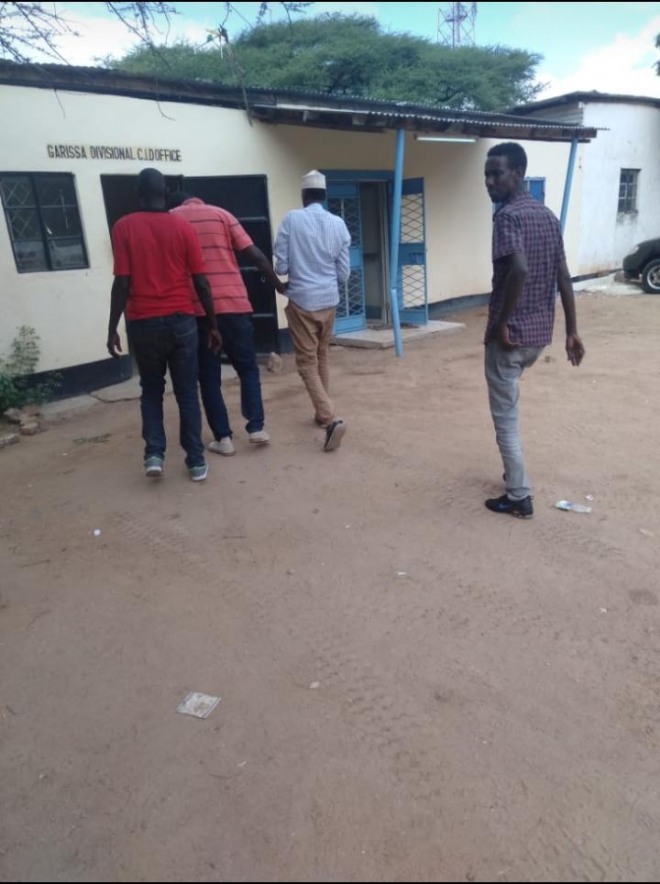 A teacher has been arrested for allegedly conning Muslim faithful of over Sh7 million.

The Department of Criminal Investigations on Tuesday said Nur Hassan Abdi, a Dugsi teacher, was arrested on Monday in  Garissa after he landed from Kismayu.

According to police, Nuru, alias Korio, conned 20 elderly persons who were expected to perform Hajj pilgrimage in Mecca.

He promised to secure them visas but disappeared with their passports and money.

He is said to have escaped to Dhobley in Somalia leaving the elders stranded in Nairobi.

"A multi-agency team led by DCI detectives yesterday arrested a Dugsi teacher, Nur Hassan Abdi. Nur is accused of escaping to Dhobley in Somalia with over Sh7 million belonging to Muslim faithful who were to attend Hajj prayers last year," the DCI said.

Nur has been flown at Pangani police station where he is being held.

Meanwhile, police have asked all the victims to report at Pangani police to record statements before the suspect is arraigned in court.