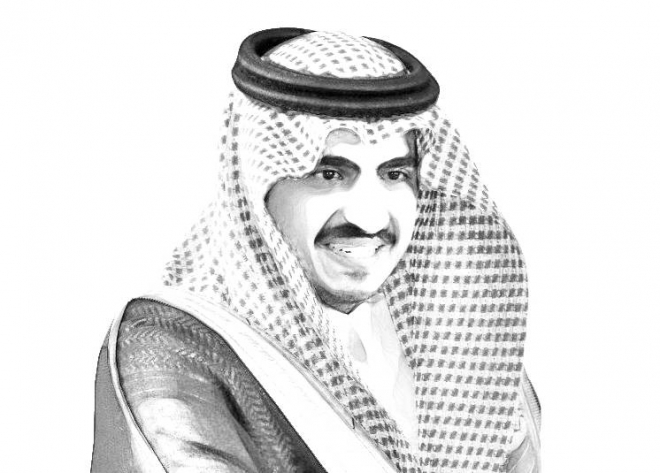 When one types the name ‘Prince Badr Bin Sultan Bin Abdulaziz’ and makes a search using one of the search engines, one will get a number of titles that will take you to Al-Jouf and Makkah provinces.

These will be supported with pictures and video clips, showing the reassuring smile of the prince. His looks and features indicate respect and firmness.

All these deep details are in tandem with the method of the Deputy Emir of Makkah Province in administering work with a modern spirit that take into consideration the reality of the situation and the ambitions of the Kingdom’s Vision 2030.

Prince Badr is characterized by punctuality, discipline, hard work, a quick work tempo and limitless ambitions. These lead him directly to delve deep into the details to determine the needs of the governorates of Makkah Province and their population.

All these are achieved via inspection tours indicating and stressing the importance of fieldwork in order to achieve the strategic and developmental goals and plans.

Not only that, but it goes beyond this by setting up an office for the deputy emir in several governorates of the region, as another indication of the importance he attaches to his field inspection tours.

All these show his belief in removing all barriers preventing the citizen from meeting the official, in addition to his keenness to enquire personally about the citizens’ needs in the various governorates, under the jurisdiction of Makkah Province, and make sure that they are met.

Prince Badr sees that the youth are of top priority in achieving success for any nation (Ummah). Therefore, this has made him give limitless support and encouragement to many programs that cater to the youth.

When he talks to people, he does so with confidence, as he reads widely and has deep knowledge of history. He has the characteristics of a modern official who has left his distinctive impressions in the development march of Al-Jouf Province during his tenure as its emir from Feb. 27 until Dec. 27, 2018.

Then he was appointed as deputy emir of Makkah Province and is continuing his march in facing the challenges and achieving success after success.