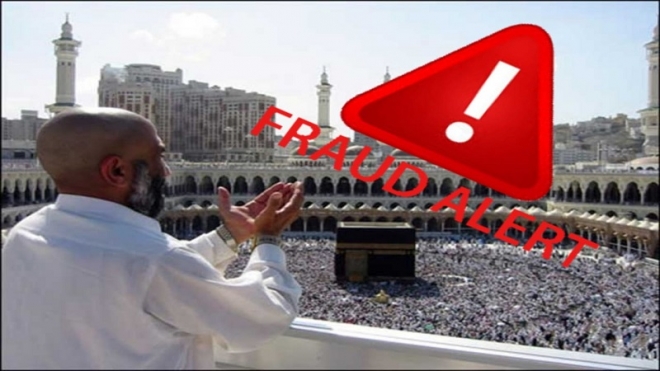 At the beginning of this month, news broke of yet another umrah scandal involving dishonoured imam Fasieg Adams , where he allegedly exploited at least 10 mutamireen. It comes hot on the heels of legal action being taken against Fazila Malick, the founder and director at New Heights Travel, following scores of complaints that she owes refunds and loans to travelers of at least R4 million.

In a statement, the MJC made a call for a ‘no mercy’ approach toward individuals who exploit the Muslim community and is calling on authorities to take firm steps.

MJC second deputy president Shaykh Riyaad Fataar spoke to VOC on Wednesday and stated that issues regarding umrah should be protected.

“The MJC is not a stranger to see what is happening regarding the umrah. It has been painful to see our community, friends and family that are left stranded, be it the night before or the day they leave,” said Fataar.

“While we know that SAHUC doesn’t have any authority in terms of the umrah, we cannot leave our people like this as it is happening too many times.”

Fataar noted that the hajj and umrah Industry has fallen into disrepute given the rate and frequency of fraud.

“The whole umrah industry is too open… it needs to be regulated,” exclaimed Fataar.

The latest controversy around Adams was brought to the MJC’s attention by TV host Faizel Sayed. Fataar said that he was aware of Adam’s case from as far back as 2003 and he has rejected the opportunity of reforming on many occasions.

“At the time, I personally tried to make contact with him (Adams). When I was first deputy present, I sent emails, called Imam Fasieg to say ‘come in, let’s sort this out with the people’. But he has never come forward.”

Fataar further pointed out although that instances of fraud are highly unfortunate, people should not question why or how they were targeted or at fault and instead work toward a solution.

He added that those who are targeted are often the more elderly who would not be able to pursue legal action. The MJC urged the public to keep abreast with umrah news via the various media outlets.

“Our people are not always connected when it comes to social media, here (regarding Adams case) we find that people (affected) were between the ages of 50 and 80. Subhanallah, what 80-year old is going to check the Instagram and Facebook – is the umrah operator valid or not? They pick up the paper and they look at advertisement or pamphlet and they believe it.

“All these people that land up in umrah fraud cases, they never get their money back and there’s never somebody that can deal with it. They cannot afford the legal costs that go along with it.”

The alim cited the case of Malaysia, where a governmental organisation regulates hajj and umrah and imposes harsh punishments on those who practice fraud.

The MJC has committed to putting tougher measures in place. Fataar said he has been in contact with a number of relevant bodies.

“We must call in the experts, all those that are in the know in the hajj and umrah industry, the ulema fraternity, the legal people. On Thursday we will send out invitations to all the people in the know to see what we can do in order to save our community In Sha Allah, Ameen,” said Fataar.