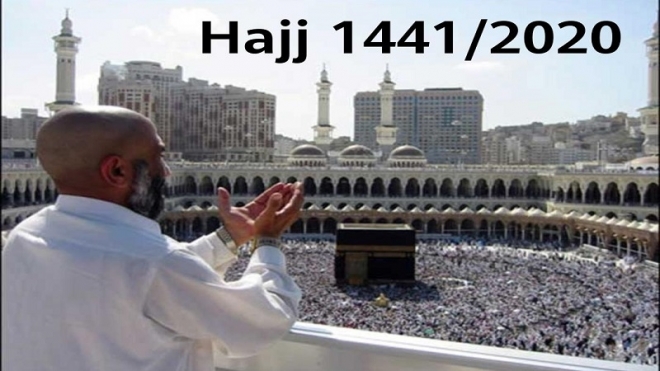 Alghamulilah, the South African Hajj and Umrah Council (SAHUC) has released its first accreditation list for Hajj 1441. Prospective hujaaj are urged to accept or defer accreditation as soon as possible to ensure that the most is made out of this glorious journey In Shaa Allah.

The Kingdom of Saudi Arabia granted South Africa a quota of 3500 for this year’s hajj. It is is the second year that the country has been earmarked for an additional quota, after it received a quota of 2500 for five consecutive years.

Sahuc chairperson Shaheen Essop spoke on VOC’s Breakfast Beat and said that its all systems go.

“From where we sit, everything went out smoothly and there were no glitches.  SMS’s have been sent to 3429 persons to either accept or decline accreditation for the year 1441. So far (at 7am), 124 persons have accepted accreditation. We still have a large number pending acceptance,” said Essop.

Prospective hujaaj have until 6pm on Sunday 26 JANUARY 2020 to accept or defer accreditation. Thereafter, a hajj operator needs to be selected by 2 February 2020.

Essop explained that once the list closes a new list will be rolled out. He added that only three travel operators have been activated on their website, namely; Travel and Tour world, Khidmatul Awaam and Al Jeem group.

“We’ve given them leeway until the 2nd of February to select a hajj operator. The reason being is because most of the hajj operators are still finalizing their packages in the kingdom of Saudi Arabia,” said Essop.

All those on the list who do not act will lose 30 points and end up at the back of the queue.

“If anybody doesn’t act by the 26 Jan 2020, SAHUC will cancel accreditation and those hujaaj will lose 30 points. Once they lose 30 points, in order to be reconsidered to be first time pilgrims, since they’ve not been for hajj before, they will have to reapply in the system and in doing so they go to the back of the queue,” explained Essop, urging prospective hujaaj to act as soon possible.

“(Respond) so as not to prejudice others in the queue who are yearning to go, unless there’s a very valid reason, we unfortunately are very hard on that. It is imperative to try to reduce the amount of people in the queue.”

Those whose names are on the list but have not received an SMS, may have changed their number or other details. In this case, SAHUC needs to be informed and updated as soon as possible.

“We have on record what was put in the application at the time of applying. The onus remains FULLY witht he applicants to ensure that the information is accurate, current and transparent in the system,” said Essop.

He added that the R1500 fee hujaaj pay after being accredited goes toward services such as medical costs.

Registration fee for someone who is not on the system is R275.

Mubarak to the selected hujaaj, Hajj Maqbool and Mabroor In Sha Allah!