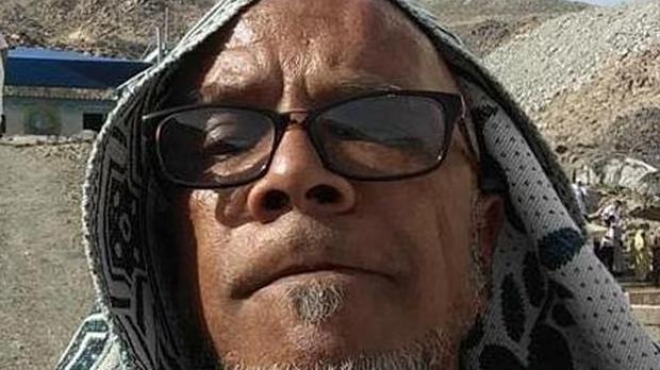 A group of Imam Fasiegh Adams’ alleged victims are asking members of the public to come forward and join them in taking legal action against him.

Adams, who runs the Masjied / Madrassah Tul Uloom charity in Mitchells Plain, is accused of conning at least two tour groups out of R1.3 million.

Washela, 47, and Mogamat Noor, 45, from Strand were looking forward to leaving on their trip to Mecca on Christmas day before it suddenly got “cancelled”.

“We were part of a group who were going on umrah with [a different] consultant,” explained Washela.

“It was R19 000 per person and we would have left on 25 December at 4.40pm with Ethiopean Airlines. I even got pictures of the accommodation where we were supposed to be staying. We were never even aware we were going with Adams.”

The tour group consisted of 18 people who collectively paid R342 000.

Then Adams contacted Washela saying their trip was cancelled.

“On 24 December, we got a message stating we will not be going due to visas not being ready and we were going to join the group booked for 31 December. We received new flight numbers, etc. On 30 December, I got word from Adams saying we’re not going,” she said.

Another group of 40 people from Mitchells Plain were set to leave on the same day as the Strand travellers.

Heartbroken Narima Hendricks, 59, from Tafelsig, said she saved for almost seven years to make the trip.

“We all got asked about umrah and we have been paying Fasiegh via the Madrassah tul Uloom [bank account]. It was R24 000 for me,” she said.

“For years I got up at 3am to make fresh pies, koeksisters, rotis and chicken burgers to sell. I opened a takeaways at my home. I got a stall at the markets to sell things in order to raise the money.”

Adams is alleged to have collected a total of R960 000 from this group.

“This would have been my first time. I was robbed of my umrah and money. How can one Muslim con another Muslim? I don’t know if I’ll ever get a chance to see the kaaba. He needs to be stopped. He’s taking from the poor. He’s rich from our money. We never cancelled. I want people to come forward if this has happened to them too,” Narima cried.

So far, the group has enlisted a lawyer and 30 garnered complainants, including a couple from Johannesburg.

“The MJC is making a call for a ‘no mercy’ approach to individuals exploiting the Muslim community and supports any effort to halt such irregular activity,” he said.

Daily Voice tried contacting Adams, who did not answer calls.

He has also evaded Voice of the Cape News and failed to respond on other Muslim current affairs platforms such as The Faizel Sayed Show.