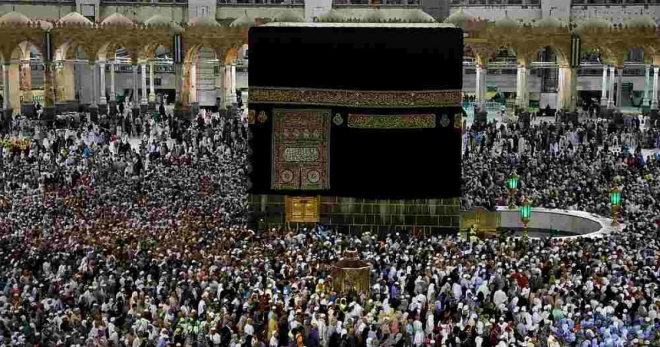 Mujahid said the newly introduced charge by the Saudi Arabian government would be imposed on pilgrims from all countries including Malaysia.

“This (visa) is the new thing introduced by Saudi Arabia and (Malaysia) has no choice but to accept the decision made by the country.

“In addition, Saudi Arabia abolished the SAR2,000 (about RM2,171) imposed on repeat pilgrims namely those who are performing Haj more than once,” he told a special press conference shortly after arriving home after a three-day visit to Saudi Arabia at the Kuala Lumpur International Airport, here today.

Mujahid said he was informed on the matter during a meeting and discussions with Saudi Arabian Haj and Umrah Minister Mohammad Saleh bin Taher Benten on issues related to the management and preparation of pilgrims from Malaysia for the 1441H Haj season.

At the meeting, both parties signed an agreement to arrange the arrival of pilgrims from Malaysia and manage the services that would be provided to them during their stay in the Holy Land.

Commenting further, Mujahid said the agreement would maintain the ‘Road to Makkah’ initiative, a Haj pre-clearance system in KLIA, to facilitate the performance of the fifth pillar of Islam during the 1441H Haj season.

“One of the reasons why this service is maintained, in particular, TH and related agencies such as the Immigration Department and our security have provided facilities at par, (and) compatible to the system in Saudi Arabia.

“So they have chosen us as a very effective pre-clearance destination and an example for other countries to follow,” he said.

Pilgrims under the initiative would get their fingerprints taken, their passports stamped at the pilgrim’s country of departure, and their entry into Saudi Arabia would be facilitated like a domestic flight, while items of baggage would be sent directly to their accommodation.

The pilot project was conducted in Malaysia in 2017 before the initiative was fully launched in 2018 in selected countries.

Road to Makkah is part of the National Transformation Programme (2020) to achieve the Kingdom’s Vision 2030.

Mujahid said the Saudi Arabian government was also ready to continue with the EYAB initiative, a pilot project to facilitate the pilgrims’ departure, which would be available at special terminals at Jeddah and Madinah airports.

“This is another achievement in our negotiations that proves the level of trust that (Saudi Arabia) has in us,” he said.

Malaysia is one of the three countries selected by the Saudi Arabian government to implement the EYAB pilot project, to facilitate the return journey of the pilgrims to their respective home country.

It is a continuation of the Makkah Route initiative and would be fully implemented on all flights carrying Malaysian pilgrims during this year’s Haj pilgrimage.

He said a memorandum of understanding (MoU) would be signed between Malaysia and Saudi Arabia in the near future involving the interests of both countries in the administration of Islamic affairs.

“We also had a long discussion on global issues especially on extremism and Islamophobia.

“I also took the opportunity to share with him (Sheikh Abdullatif) the new policies of the Islamic administration which have been implemented including the ‘gagasan rahmah’, ‘maqasid syariah’ and Malaysian model,” he said.

Mujahid expressed his gratitude to the government of Saudi Arabia for the excellent facilities and arrangements provided to ensure comfort and safety of the pilgrims.