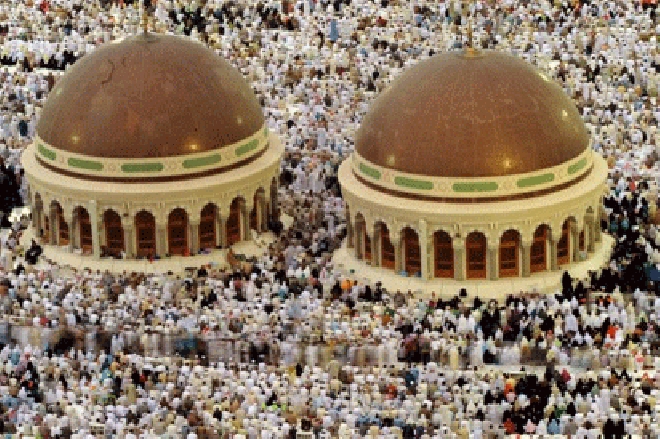 THE Chairman nominee for the National Hajj Commission of Nigeria, NAHCON, Barrister Zhikrullahi Hassan yesterday  promised that he would work to  ensure that the Hajj fares being paid by Nigerian pilgrims were  reduced as well as their stay for holy pilgrimage in Saudi Arabia if his appointment is confirmed by the Senate.

Speaking yesterday in Abuja during his screening by the Senate Committee on Foreign Affairs, Hassan described the current Hajj fares as “unaffordable” and needed to be reviewed downward, especially in the interest of the masses who wish to perform holy pilgrimage.

According to him, he would put in place a savings scheme  to make the payment of the fares easier for intending pilgrims and to assist more willing Nigerians in performing the annual ritual, just as he said that this “will be the answer to the unaffordable Hajj fares.”

He said that this was achievable since the same thing is happening in Malaysia and Indonesia, maintaining that “Nigeria cannot only do it, but do so immediately.”

“I will sustain the achievements of the outgoing chairman, but also looks at the areas that require improvement. Present Act in abeyance will be enforced to the letter.

“One of the key demands that will be looked into is to ensure that Hajj fares are reduced to affordable rates, because as it is today, not many Nigerians can afford it.”

Besides looking at the ways of making the fares affordable, the chairmanship nominee promised to ensure that the number of days being spent in Saudi Arabia by Nigerians during pilgrimage are reduced, saying they used to stay too long in the holy land as against the distance between the two countries.

Hassan further explained that Hajj has become a profession, because it affects millions of people across the world, even as he said  that Nigeria, being the 5th country with the largest number of pilgrims in the world, would also have an international training institute on Hajj matters, under his leadership.

In his remarks, chairman of the Senate Committee on Foreign Affairs, Senator Adamu Bulkachuwa, APC Bauchi North), said that the committee would be carrying out thorough oversight of NAHCON with a view to assisting the Commission in effective discharge of its duties.

It would be recalled that President Muhammadu Buhari had last December appointed Hassan, from Osun State as the new chairman along 18 others as members of NAHCON.