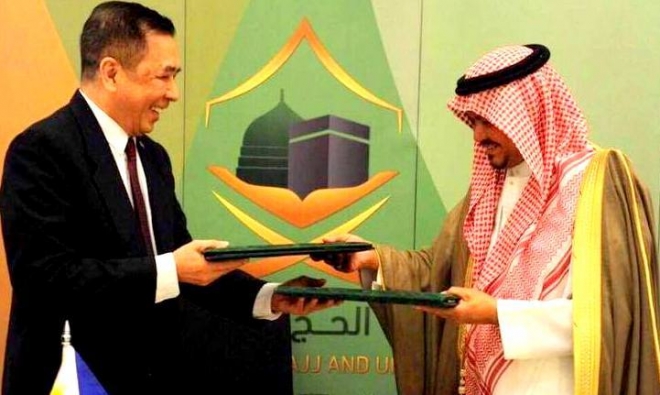 On the request of the National Commission on Muslim Filipinos (NCMF) The Department of Foreign Affairs (DFA) has reopened express lanes for passport-seeking individuals intending to join this year’s hajj or Islamic pilgrimage to Makkah (Mecca).

In a letter to NCMF Secretary Saidamen Pangarungan, DFA Executive Director Maria Theresa Lazaro said all their consular offices and field outfits across the country have been instructed to provide “courtesy lanes” for hajj passport applicants from February 3 until March 31.

“We shall follow the same guidelines we used last year for the accommodation of passport applicants joining the hajj in various DFA Consular Offices,” Lazara said in her letter dated January 27 for the NCMF chief.

She said the DFA will also provide one or more passport processing centers “on wheels” in strategic areas identified by the NCMF.

The NCMF had hosted mobile passport centers in the cities of Marawi and Cotabato for Muslim populace in mainland Mindanao and in Zamboanga City for hajj goers from the island provinces of Basilan, Sulu and Tawi-Tawi as well as the Zamboanga peninsula, it was learned.

Pangarungan urged prospect hajj passport applicants to coordinate with their nearest NCMF field offices to get abreast with the guidelines in availing of the DFA-granted express lanes’ services.

Hajj is mandated for every physically and financially capable Muslim to perform at least once in lifetime in pursuit of the one of the five pillar of Islam.

A total of 6.973 NCMF-processed individuals had performed hajj last year with round-trip plane fares reduced by as much as P10,000 to P30,000 as a result of the waiver of the Saudi Arabia government’s grant of NCMF request to use a third party airline – the Oman Air – in ferrying Muslim Filipino pilgrims, published reports showed.

The 200 sponsored hajj slots will be proportionately distributed in each known Muslim area in the country following stringent screening processes to ensure that awardees are indeed indigent, he said.

“Faithful Muslim Filipino would prefer performing hajj over owning a mansion,” Datu Ramos cited President Duterte as saying in an event in Davao City where he announced intention to increase the sum of Palace aid for hajj.