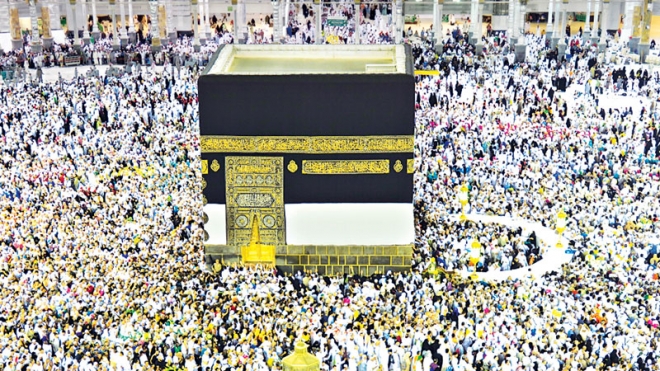 The Saudi government has also urged the Bangladesh government for confirmation of health assessment of Bangladeshi pilgrims, certifying their ability to perform Hajj before they are issued visas.

According to a letter sent by Mohammed Saleh Bin Jaher Bentin, minister for Hajj and Umrah of Saudi Arabia, the Saudi health ministry said it had noticed some pilgrims of various nationalities with serious diseases last year and they didn’t allow them to perform Hajj.

This posed difficulties for the Saudi health ministry to provide best services to the pilgrims to ensure their safety and care, the letter stated.

As per the letter, the Saudi Hajj and Umrah ministry urged all Hajj officials from all countries, including Bangladesh, to make sure that the intended pilgrims who will perform Hajj this year should have health certificates confirming that they are able to perform the Hajj rituals.

“It should also be ensured that the intended Hajj pilgrims do not all ill before they are granted a visa and able to perform Hajj smoothly,” the Saudi minister’s letter says.  The Bangladesh foreign ministry conveyed the Saudi government’s message to the religious affairs ministry on December 22 last year.

A forwarding letter signed by Ziaur Rahman, assistant secretary (West Asia-2) of the foreign ministry, was sent to the state minister for religious affairs ministry regarding the issue termed as ‘most urgent’.

The letter also requested the taking of necessary action regarding confirmation of health assessment of Bangladeshi pilgrims and ensuring their  abilities to perform Hajj this year.

(Hajj) of the religious affairs ministry, however, told this correspondent they were yet to get such a letter. When asked if the foreign ministry has already forwarded the Saudi government’s letter for action, he replied, “We are not aware of such a letter.” Even leaders of Hajj Agencies Association of Bangladesh (HAAB) denied receiving such a message from the Saudi government.

“We haven’t received anything concerning health confirmation assessment certificates of the Hajj pilgrims who intend to perform Hajj this year,” Shahhadat Hossain Taslim, president of HAAB, who is now tin Saudi Arabia, told The Independent over phone yesterday.  A total of 1.37 lakh Bangladeshis will perform Hajj this year as an agreement was signed with the Kingdom of Saudi Arabia.

Meanwhile, the intending pilgrims are scared to stay at Ashkona Hajj camp during the Hajj season as suspected people will be quarantined in the camp to prevent coronavirus.

However, the religious affairs ministry official said there was nothing to fear as the entire premises would be cleaned using chemical and other medicines before the Hajj camp begins. “The people who are kept in the Hajj camp will leave the place only after 14 days. There’s nothing to fear,” Sharafat Zaman told this correspondent. “There will be no coronavirus affected patients in the camp. They will be quarantined only,” he added.