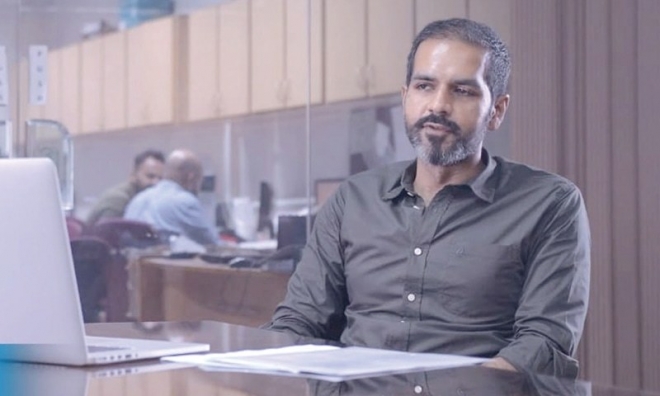 Planning for a pilgrimage, the last thing you need is any hassles or last minute glitches that deviate your focus. In comes Ibadat.pk — a Karachi-based startup that helps you find Hajj and Umrah packages and help ease your journey.

Go to the website, choose between Hajj or Umrah, select your dates and city and start searching. It will show you the listed plans with details including available seats, departure and arrival days along with the starting price.

You can open a particular package for more information which includes accommodation, itinerary and the facilities. To express interest, you have to fill in the form with contact details after which an Ibadat representative will call and inquire more about your preferences and then connect with the tour operator.

Unlike a typical marketplace where one can see the seller’s identity, Ibadat doesn’t allow that. Hund­reds of thousands of rupees at stake and you don’t even know who’s offering what? Houston, we have a problem. Or maybe not. “Revealing the tour operator means the customer can easily bypass us, which is why we withhold the information. And this wasn’t even a concern of users when we pilot-tested our website for lead generation,” says co-founder Faisal Naeem.

Now that’s just the consumer side. Ibadat also wants to serve the B2B segment by providing an ERP of sorts that displays real-time inventory and manages bookings seamlessly.

The startup was founded by Naeem brothers — Faisal and Adil — whose family is in the traditional religious travel business with pilot testing done in June 2019, and launched the Umrah module barely weeks ago.

However, Faisal is not the first one to explore this market. Many others have come and tried their luck as well. A startup from Lahore by the name of bookmyumrah.pk entered this space around three years back but as of early 2018, there was no activity on their Face­book page while the website doesn’t open anymore.

That perhaps gives an idea about the kinds of challenges marketplaces face in Pakistan, especially those catering to a niche. So what about Ibadat makes it better positioned than the rest to pull this off? “They were industry outsiders and had no order fulfillment mechanism of their own if need be. We, on the other hand, can serve the customer even if the third-party vendor bails out,” says Faisal, referring to his family business.

Even beyond the local scene, online aggregators don’t seem to have really kicked off in the developing world, except for maybe one Indonesian website to a limited extent. But that doesn’t mean there is no (potential) competition. Both Facebook and Google have increasingly expanded their wings to pretty much every possible business, often at the expense of dedicated marketplaces. The former, in particular, has served as a useful portal for small players to establish their internet presence at little to no cost, and offers massive traction — something that no one else can match.

Let’s talk money now. Ibadat makes revenue through a commission charged to the vendor on leads converted. And once (or if) the market adopts to a digital aggregator, then eventually they want to add another stream through the fee on sales process management platform. As for investment, the startup first wants to expand the supply side and establish a little bit more footprint on the consumer side to fetch a better round.

How is the landscape of religious tours like though? The number of Hajis, for starters, is regulated by a quota, of which a major chunk is served by the government thus leaving an even smaller population available to the private sector which of course is divided among multiple operators. Then add to it the extremely seasonal nature of the travel involved. Which brings us to the question: how much potential is in the market then?

“For Hajj, the volume is not as much but it’s extremely high value, with ticket size running into thousands of dollars per person which makes it lucrative. Meanwhile, the Umrah side is relatively more spread out over the year, has a smaller price tag but way more people (around 1.8 million people last year),” says the co-founder.

“It doesn’t end here: Ziarat is a whole untapped market with primarily group travels/scheduled departures (which is basiscally what we are trying to do with Umrah as well) involving an estimated 500,000 thousand people, all year-round, which we would like to eventually serve,” he adds. As per their estimates, the aggregate annual turnover of religious travel is around $1.9bn.

Other than that, Ibadat also has its eyes on the Pakistani Diaspora, who are not only more tech-savvy and thus likelier to rely on an aggregator, but also generally have a greater affordability than an average resident.

“Pakistani citizens in the Gulf Cooperation Council fall under our quota. Plus since the issuance of e-visas for Hajj, many in the UK, US, Canada are also looking more and more at the green passport since tour packages are much cheaper here, and we feel our online presence positions us to cash in on that segment,” the founder says.