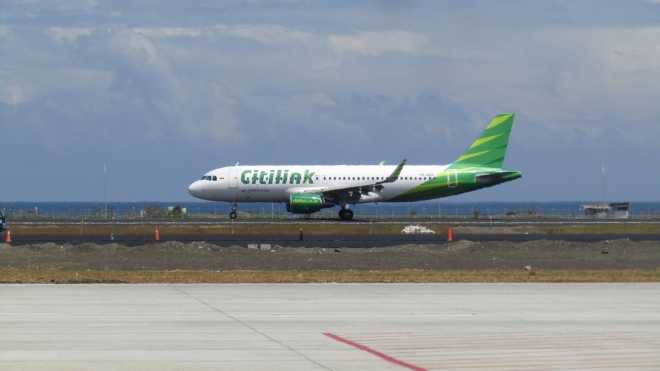 “The route opening from Surabaya to Jeddah is expected to improve Citilink Indonesia’s international presence,” said president director Juliandra Nurtjahjo in a statement on Monday. “Hopefully, this flight can be an alternative for people who want to travel for umrah (minor hajj).”

Citilink Indonesia will fly to Jeddah once a week with its wide body Airbus A330-900 NEO plane with a passenger capacity of 365. Juliandra said the Surabaya-Jeddah route would not only accommodate the umrah.

“This route is expected to increase the number of foreign tourist visits to Indonesia via Juanda International Airport in Surabaya, which also connects with many other cities in Indonesia such as Jakarta, Denpasar [in Bali], Makassar [in South Sulawesi] and Manado [in North Sulawesi],” he said.

The Surabaya-Jeddah route is Citilink’s 11th international route since it first flew abroad to Dili, Timor Leste, from Denpasar in 2017.

In 2019, the airline aggressively opened new international routes amid a rising trend of travelling abroad. It started flying to six international destinations in Malaysia, China and Cambodia last year.