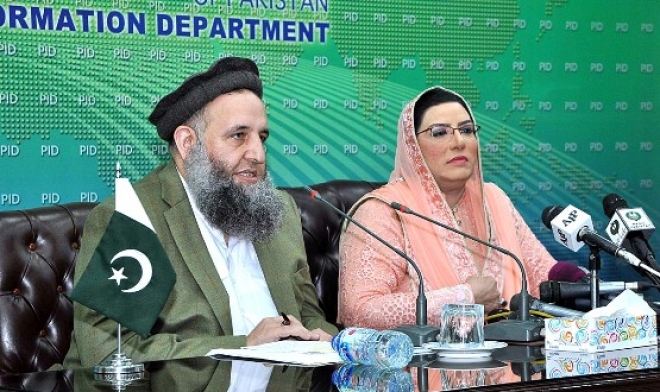 ISLAMABAD, Feb 11 (APP):Minister for Religious Affairs Noor-ul-Haq Qadri on Tuesday said the cabinet had approved Hajj Policy-2020 under which 179,210 pilgrims would perform Hajj this year.

Addressing a press conference along with Special Assistant to the Prime Minister on Information and Broadcasting Dr Firdous Ashiq Awan after the federal cabinet meeting here, he said as per policy, 60 percent pilgrims would perform Hajj through government scheme while 40 percent under Private Hajj Tour Operators.

“Around 107,000 pilgrims will perform Hajj under government while remaining under the private scheme,” he said.

However, he said, quota would be allocated among the Private Hajj Tour Operators strictly on merit and as per the directions of the Supreme Court.

The minister said the Hajj package through government scheme would be Rs490,000 for intending pilgrims from northern region and Rs480,000 from southern region of the country.

Increase in Hajj package was mainly due to surge in airline fares of the Pakistan International Airlines (PIA) and Saudi Airline, depreciation of Pakistani currency and extra arrangements in Mina etcetera, he said.

Noor-ul-Haq said the Saudi government levied an additional fee of 300 riyals for each Hajj visa and 110 riyals for mandatory health insurance for all intending pilgrims from the world. Similarly, the cost of residence in Makkah and fare of buses and trains have also gone up, he added.

He said the government reimbursed Rs5.50 billion to the pilgrims last year and efforts were being made to minimize the burden on intending pilgrims this year.

He said around 22,000 Pakistanis pilgrims benefited from Road to Makkah project in Islamabad last year and this year talks were underway to extend it to Lahore, Peshawar, Karachi and Quetta.

He said 70-year old and above pilgrims would be sent without balloting this year adding 1,000 quota was also allocated for overseas Pakistanis who wished to perform Hajj with their relatives.

A joint working office would be set up with Saudi Hajj Ministry for prompt redressal of pilgrims issues.

He said direct flights from Quetta to Jaddah and Madina would also be operated this year while temporary Hajji camp for pilgrims of Gilgit-Baltistan would be established for their convenience.

The minister said biometric and mobile biometric centres would also be set up on the recommendations of the parliamentarians in far flung areas of the country to facilitate the intending pilgrims.